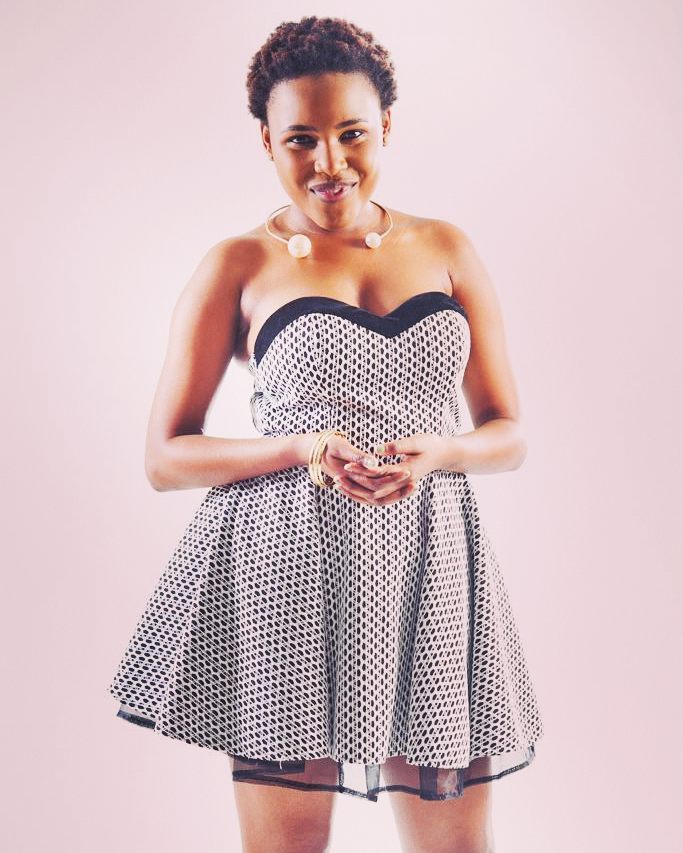 The actress who currently plays the role of Nox in DiepCity also discussed her abusive childhood which led to her abusive relationships with men and her ongoing struggles in the entertainment industry.

The actress told the publications:

“Financially, I did not understand a lot of things. Intellectually, there were still a lot of things I needed to learn around that. I messed up a lot financially, I made really bad decisions. I felt like everything that I learned in high school was not a part of this”

The former Skeem Saam actress who played the role of Ayanda also informed the publication that she got her big break in 2013 on the show 7 months after getting rejected for the role of Enhle.

She said she felt obligated to spend most of her money on her family back home because her mother was a single mother and unemployed.

I did not want to do what everyone was doing in the industry. I did not want to attend those events. My friend would try to drag me out of the room to attend those events but it just pushed me into a dark hole of depression. I felt like I was not doing enough and I felt like I did not have direction or know what I was doing. So emotionally I got messed up and tried suicide a couple of times.

The actress says things have now improved as she is now working through her depression and is doing much better.

Ntshangase who was raised by a teenage mother told Drum Magazine in 2020 that she’s had one bad relationship after another because she witnessed men abusing her mother throughout the years.

“As a child, when you witness your mother being abused, you don’t comprehend how wrong it is. They would beat my mom to a pulp; in such a way that I couldn’t even recognize her, but there was nothing much I could do or say. So, I would just cry alone in my corner. “