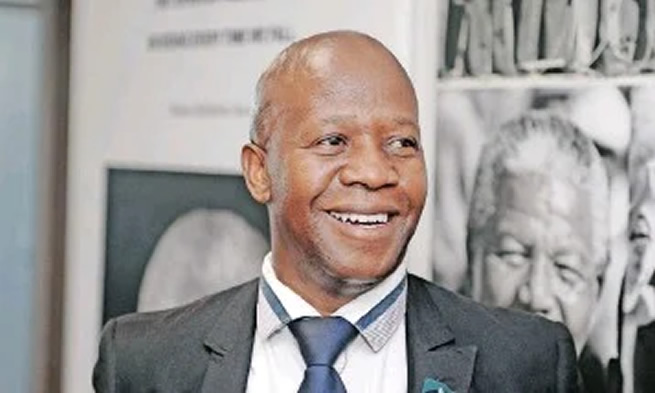 Decuplets dad Tebogo Tsotetsi said he was overwhelmed by the support the family had received, and assured South Africans that his babies did exist.

“I feel blessed and I am happy for the support I am getting,” he said in Cape Town yesterday, as he spoke about the overwhelming support they had received since the news broke of the Guinness World Record births.

On Monday, Tsotetsi’s wife Gosiame Thamara Sithole, 37, gave birth to seven boys and three girls – two more than the eight children doctors had earlier detected during medical scans – at a hospital in Pretoria.

The father of 16 said the journey had not been easy and that he cried when he heard of the additions to the family.

“There’s not many words I have to express how I feel, but in reality I am still shocked, excited, and I feel blessed and overwhelmed by the support that I am getting.”

He said he was grateful that God chose him to be the father of the miracles, especially in a trying time like Covid-19, but added that due to the sensitivity of the matter, the family wanted to keep certain information about the babies private.

“As you are aware, even the doctors have not said anything about it, and the hospital, because they know the sensitivity of this kind of birth. It is a unique situation,” he said.

The father of 16 has not seen the 10 new additions to his family in person, but without sharing their names, he said that his faith, religion and church inspired their names.

Estilo – to handle media enquiries and co-ordinate public donations on the couple’s behalf. Maponyane told the Pretoria News that members of the public who wished to help the family were free to drop off items at printing company Lesedi 7 Group offices at 143 Johannesburg Road, Lyndhurst.

“Anybody wishing to assist can contact me at [email protected] or at 076 917 7347. Those who wish to make cash donations can make them directly to the family under the following details:

Tsotetsi said he appreciated the calls and people wanting to donate, but said they needed to streamline donations.

“These are extremely special babies. All children are important, but this is especially important because at one go our nation has been given this gift to truly treasure. With all such gifts it’s important that we put in place systems, resources of support for the family.”

Survé said that it was important to put measures in place to ensure that the family was taken care of.

He announced that his family foundation, Survé Philanthropies, had committed at least R1 million to the family, to be paid over a period of four years.

“We are here to support the family. That is fundamentally what this is about. We are here to call upon South Africans to add to the support we are giving,” he said.

Survé said South Africans were warm-hearted and generous, adding that he had no doubt that they would come in their millions to support the family.

Members of the public were also free to drop off items at the company’s offices in Joburg, Pretoria, Cape Town and Durban. Independent Media chief operating officer Takudzwa Hove said this included the Pretoria News offices in the Pretoria CBD.