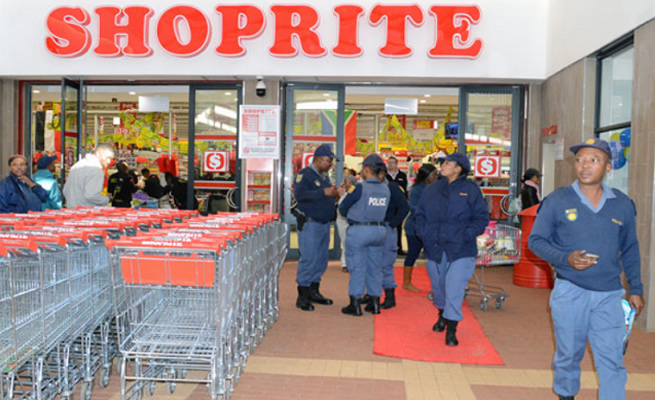 The Shoprite Group says it has seen continued success from an in-house security team that helps make hundreds of criminal arrests a year.

The in-house team – operating from a centralised command centre – is involved in the entire process from identifying suspects to their arrest, including being in court to oppose bail, and working with police to ensure they have a complete and accurate docket.

It also works with the National Prosecuting Authority and provides evidence in court to do everything it can to ensure criminals are prosecuted.

Shoprite said that its first aim, and a major area of focus, is crime prevention and the protection of customers and employees.

Crime and high-risk situations are picked up through store and fleet monitoring, live information feeds and the group’s intelligence network, and security devices are immediately triggered.

When robberies do take place, the team is proving highly effective in securing arrests and prosecution, and the group is becoming known for its capability to identify, trace and arrest suspects.

Head of Group Security and Loss Prevention, Oswald Meiring, said that the team of inhouse investigators includes former police members and detectives, with a unique mix of skills and extensive experience in commercial crime, fraud, serious and violent crime.

The team’s network includes informants, third parties working exclusively for it and an expert criminal lawyer, he said.

“A team of data and crime analysts do predictive analysis, identify suspects, and link suspects to each other and to the crime scene. This technology, including video footage and a chain of evidence, has been critical in court proceedings.”

The net result is that the investigation team made 752 court appearances, including postponements, bail, testifying and sentencing, in the 11 months from July 2020 to May 2021.

Meiring said that the team has also been instrumental in 200 arrests in the first 11 months of this financial year.

The majority (54%) of crimes currently in court are for armed robbery. A further 26% are for theft, and the rest include crimes such as arson, assault, looting, burglary and fraud.

As some cases were postponed in the last year due to lockdown restrictions, the team is currently in court every day, Meiring said.

“We believe that securing arrests and sentences for crimes acts as a deterrent and ultimately reduces crime.

“We believe this is an important element of our contribution to make South Africa a safer environment for everyone.”