Dave Jayie is ready to take over the local pop scene

Dave Jayie is ready to take over the local pop scene 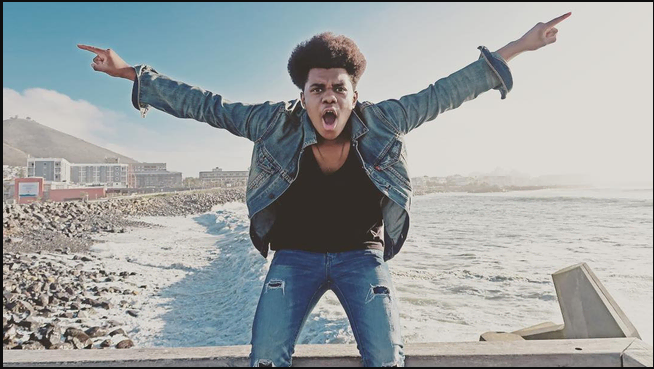 There a new kid on the block and his mission is to disrupt the music scene with his authentic, fresh sound.

Dave Jayie, real name David Junior Moraba, recently released his latest song titled “Freeze”, following his singles “Falling” and “Winning”. It was his debut single “SOS” which introduced him as an artist who is ready to take over the local pop scene.

In “Freeze”, Dave Jayie meets up with his “main squeeze” at a ’70s queer dance club and sings about the fact that the sight of her makes him immediately freeze in awe of her beauty.

The star insists on this mysterious woman having the power to make the time “Freeze” whenever she makes an entrance.

Though his sound is a blend of alternative pop, R&B and elements of soul, the Limpopo-born star insists it’s his style of melodic rap that makes him stand out.

“My music offers a different experience with a pop star aesthetic vibe fused with my signature style of melodic rap and R&B-influenced lyrics.

“My sound can be classed under many genres but you’ll usually find something in my catalogue to enjoy.”

The 23-year-old star says in spite of the many challenges that come with not having the backing of a major record label, he is enjoying the freedom of being an independent artist.

“We live in the era of a digital market where audiences from across the world can be reached by a click of a button – eliminating the middle man that would keep all my profits is the best decision I’ve ever made.”

In 2015, Dave Jayie won Best Original Act for his own original material he had performed at a local talent show prior to his interest in becoming a recording artist.

After high school Jayie was afforded an opportunity to study a BA degree in Creative Media in Cape Town.

While in Cape Town, he began toying with the idea of becoming a musician. He started composing and producing his own music.

Soon afterwards the youngster started performing at every open mic night platform he could find.