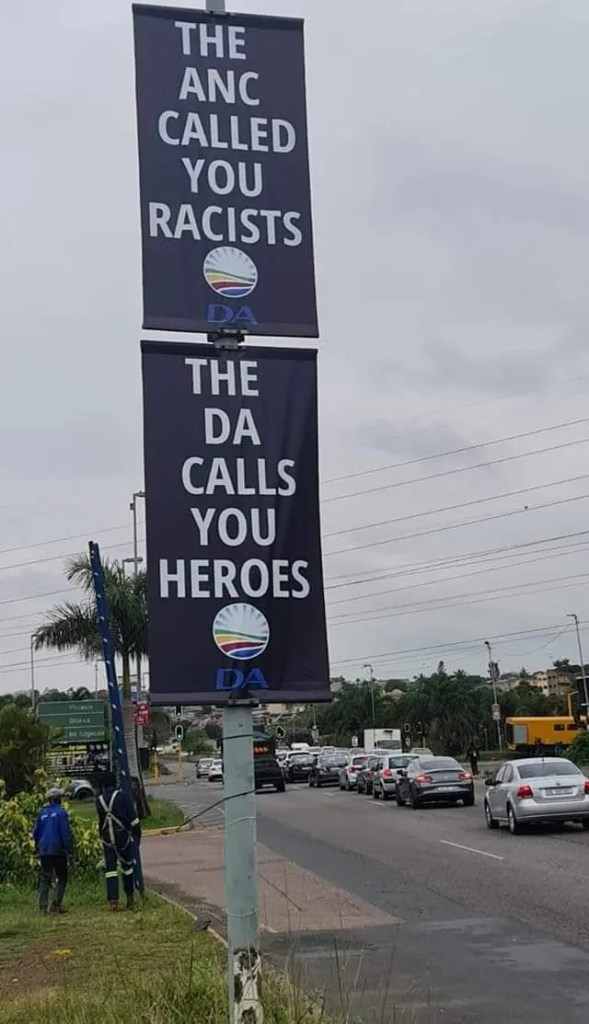 The Democratic Alliance (DA) has emerged victorious in Phoenix, KwaZulu-Natal, despite its controversial election campaign posters in the area.

The party won all five wards in the area near Durban.

In the build-up to the elections, the DA put up posters in Phoenix that read: “The ANC called you racists” and “The DA calls you heroes”.

This came as Phoenix was a hotbed of racial tension after the looting and riots in July. More than 30 people died and over 50 were injured in the area during violent unrest and looting that occurred in KZN and Gauteng, ostensibly triggered by the arrest of former president Jacob Zuma.

Speaking to the SABC after the results in Phoenix were confirmed, DA MP Haniff Hoosen said the victory had nothing to do with the election posters.

According to Hoosen, some of the reasons residents voted for the DA is because South Africans are unhappy with the ANC and that the DA’s governance record is better than the ruling party’s.

The result in Phoenix comes after the DA won an outright majority in KZN’s uMngeni Local Municipality on Tuesday.

DA leader John Steenhuisen said the residents of Umngeni were attracted by the DA’s record of clean governance and efficient delivery in DA-run municipalities.

“That municipality is in desperate need of a government that gets things done – to get rid of its potholes, unemployment is massive and huge service delivery challenges,” he said.