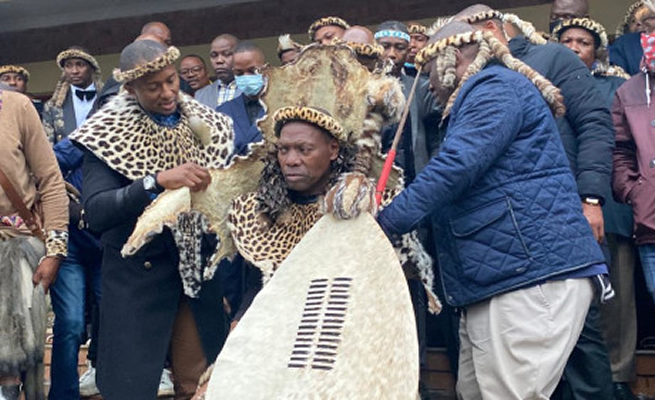 Former health minister Dr Zweli Mkhize has given the clearest indication that he will contest the ANC’s presidency, that is if the governing party’s branches nominate him for the position.

This comes as the ANC gears for national elective conference in December this year.

Addressing a group of Amabutho and Izinduna (Zulu Regiments and traditional leaders) who attended the traditional wedding of his son, Dedanimabhunu Mkhize, the former minister said he will do whatever he is requested to do by the ANC’s structures. This was in response to another call by traditional leaders gathered at the Mkhize’s Willowton home in Pietermaritzburg that he should avail himself for the ANC presidency.

Mkhize said he has always dedicated himself to public service and that he does not mind continuing with doing so at the request of party branches.

“ANC branches will meet and decide, but I can assure that if they approach me, I will be willing to serve as I have always served. I have served even during the difficult times of the apartheid era, but I will continue serving and wherever they send us we will respect the decision,” said Mkhize.

He also told those gathered that he believes some political leaders are working in cahoots with private companies and some journalists to tarnish his name.

“It has become very clear that there are some political leaders working with big companies, hiring private investigators and investigative journalists to dig up anything, even some stuff dating back to 2005 during my term as finance MEC in the province. We know that some of the questions being asked are backed by powerful politicians,” he said.

Traditional leaders then presented Mkhize with a leopard skin, as a symbol of their support for the leadership battle that lies ahead.

Induna Dumisani Cele, who represented the Johannesburg-based hostels, said: “As traditional leaders in KwaZulu-Natal, we wish to give Khabazela [Mkhize’s clan name] support to lead us the nation”.

Other prominent ANC members such as Bathabile Dlamini and Dakota Legoete were also in attendance at the wedding.

He told those gathered at his homestead that he had taken the Special Investigating Unit (SIU) report on review because he believed they had reached the wrong conclusions about him.

Ironically Dedani was getting married to Sithokozile Mkhize (formerly Mthembu) who was mentioned as having benefited from the Digital Vibes contract when over R1 million was used to open a Tammy Taylor nail bar for her and a hair salon for her husband, at the Midlands Mall in Pietermaritzburg.

The former health minister has denied any knowledge of public money having flowed from his former department to his family.

He said he was following legal processes because he believes in the rule of law.