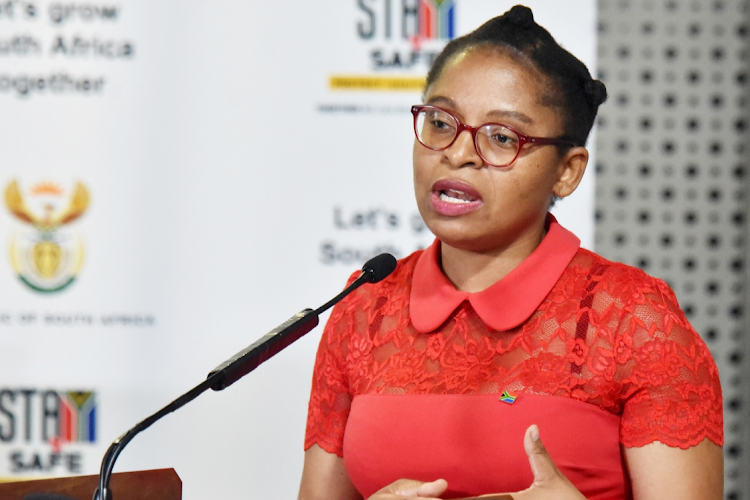 An emergency meeting of the national coronavirus command council was in session on Saturday morning amid concern that SA’s third wave of Covid-19 is being driven by the Delta variant of the infection that originally emerged in India.

TimesLIVE understands that proposals tabled by the health department for Gauteng, where infections are increasing exponentially, include a ban on all gatherings, a request that everyone should work from home if possible, and a two-week ban on alcohol sales.

The acting minister in the presidency, Khumbudzo Ntshavheni, confirmed the emergency meeting of the command council, which began at 10am. But she would not say what was on the agenda.

Wits University vaccinologist Prof Shabir Madhi told eNCA on Saturday that the highly infectious Delta variant is one of the biggest contributors to Gauteng’s third wave of infections.

Even people who had previously been infected with Covid-19 were susceptible to contracting the new variant, though they would be protected from severe illness, he said.

“I think we will get some data coming out from the National Institute for Communicable Diseases next week that there might have been an increase especially in the transmission of the Delta variant, the variant that was first identified in India,” said Madhi.Official information this week indicated that 90% of Covid-19 cases are still caused by the Beta variant first identified in SA in November 2020.

Lucky Ntimane, convener of the National Liquor Traders Council, welcomed the news that the command council was meeting to discuss the surging third wave, particularly in Gauteng.

“We are obviously concerned with the rise in the number of Covid-19 cases in the country particularly in Gauteng and we welcome that government is meeting to address this at its urgent meeting today,” he said.

“We are hopeful that government will consider various tools to deploy to deal with what is essentially an emergency and that in the process the economy will also be allowed to function without subjecting the alcohol industry to any unjust restrictions.”

SA’s active Covid-19 infections have leapt by 32% in a week. The 18,762 new cases reported on Friday represent the fifth-highest daily total since the pandemic began, and eclipse the first-wave high of 17,493 on June 23 last year.