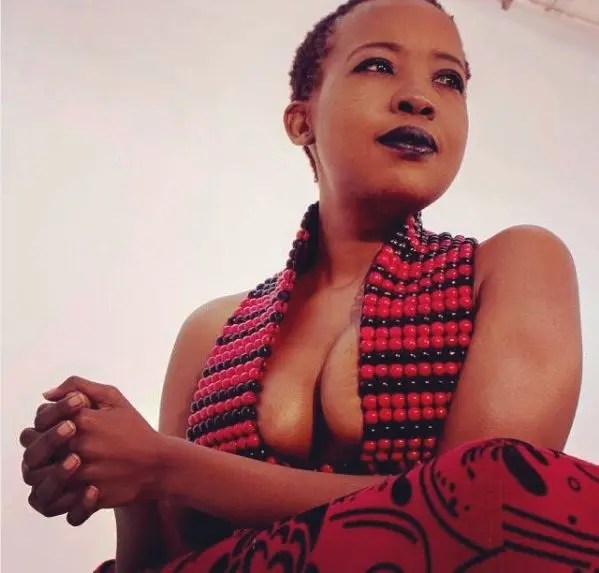 On Twitter, Ntsiki said she removed herself from the family because of her mental health and she’s at peace with her decision.

The daughter of former journalist and anti-apartheid activist Thami Mazwai and sister of award winning singers, Thandiswa and Nomsa Mazwai, said: “Guys, for my mental health I’ve decided to remove myself from the Mazwais. Please respect my decision. It makes me happy and brings me peace.”

The conversation was raised when she introduced her boyfriend, political analyst Botsang Moiloa on Twitter and said she’d be changing her surname soon.

She captioned the picture: “Life is beautifully unpredictable. Change of surname loading.”

Tweeps asked her if she’d drop the Mazwai surname and then she broke the news.

Prior to her tweet, Ntsiki had been sharing with her followers that she’d been kicked out of her family WhatsApp group multiple times over the past months.

She promised to talk about her decision to cut off her family via a Twitter space that she’ll host on Monday night, 10 January.

“Guys, I know you want to do the space session for cutting off family.. What time suits you tomorrow??? Evening or morning?” she asked.

Her fans suggested she does it in the evening.

Guys for my mental health iv decided to remove myself from the Mazwai's 🙏🏿🙏🏿Pls respect my decision. It makes me happy and brings me peace
. https://t.co/JbewHNhckn

Guys I know you wanna do the space session for cutting off family…. What time suits yoh tomorrow??? Evening or morning?