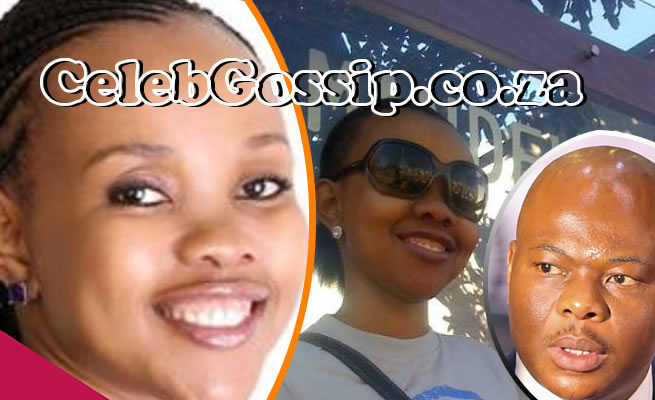 Embattled controversial businessman Edwin Sodi is facing a multi-million-rand lawsuit from his estranged wife Nthateng Lerata, pictured, in a fresh showdown between the former love birds.

Sodi and Lerata, who separated about five years ago, had allegedly entered into a settlement agreement in which the construction mogul agreed to make a once-off payment of about R20-million to the former Capricorn FM presenter for the role she played in his business empire.

The latest of Sodi’s never-ending woes were revealed by Lerata’s associate, who did not want to be named for fear of victimisation. Speaking to Sunday World, the associate said Lerata and Sodi were married in a customary marriage in 2012 in the Free State after his parents agreed to pay R30000 lobola for her. The associate said Lerata alleged Sodi’s parents paid R3000 to Lerata’s parents and agreed to later pay the outstanding balance of R27 000. Sunday World understands the two also agreed to be equal partners in their business ventures, which include Blackhead Consulting, Blackhead Investment, Phirie Construction, Base Properties and G5 Group.

Lerata, the associate reveals, was responsible for bookkeeping, negotiating and concluding agreements with employees of the partnership, acted as hostess in the partnership of business-related activities, collected debts and controlled company spending, among other duties.

“She [Lerata] said they agreed if their partnership or marriage comes to end, they will equally share assets and profit generated from the business partnership,” said the associate.

Lerata, according to the associate, told them a family trust was later created, at her behest, into which assets of their joint estate or their partnership were transferred.

The associate said Sodi violated their partnership around 2016, when he moved out of their common home in Bryanston, north of Joburg, after he told Lerata he no longer wished to be married to her.

This paper also understands the two agreed last year that Sodi would pay her in the region of R20-million as payment for her partnership share.

“She [Lerata] said R10-million was supposed to have been paid to her by end of last year, but it was not. When the payment failed, she told him that the settlement agreement is null and void and wants to take the matter to court,” said the associate.

She wants the court, said the associate, to give her an order to wind up the partnership. The two allegedly agreed to be equal partners in their businesses.

It remains to be seen how she would eventually lay her hands of Sodi’s assets as they have been frozen by the state after he was charged with corruption and money laundering for his alleged involvement in the R250-million asbestos tender in the Free State.

Sodi was in March arrested for allegedly assaulting Lerata.

This comes after he allegedly arrived at his Bryanston house with a handgun and found his wife with a male friend.

MAGIC RED
Error In Egypt Makes Thousands Of People Rich
LEARN MORE
He reportedly pointed the firearm at the friend and tried to shoot him but the gun jammed.

Sodi could not be reached at the time of going to print as his phone rang unanswered.