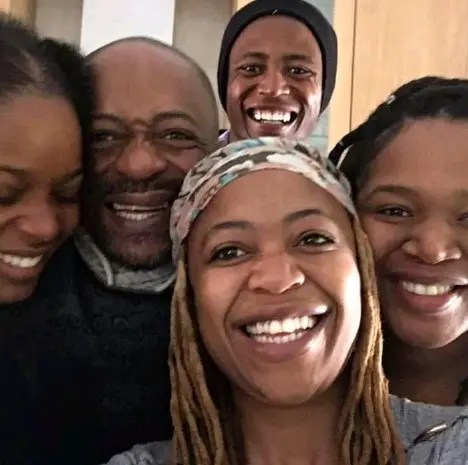 Lesedi Matsunyane-Ferguson is a daddy’s girl. The casting manager was lucky enough to be blessed with two amazing fathers. She’s the daughter of Neo Matsunyane and the late Shona Ferguson. She adored both of them equally.

She shared cute post of her father Neo as a celebrates his 55th birthday. “Happiest of birthdays mi Padre! Still looking rather spry for 55 😂. I love you to the moon and back. May this year and others moving forward be the light at the end of the tunnel for you and for our families. Te quiero mucho ♥️🖤🤍”. She’s indeed right, he doesn’t look a day over 55.