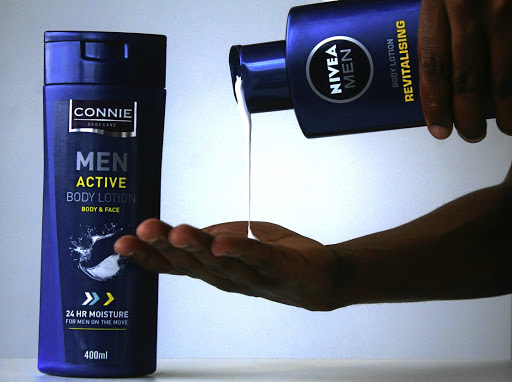 Connie’s company Koni International Brands, landed itself in hot water in 2017 after it was accused of stealing beauty care giant Niveas’s packaging on their collection of men’s body care product Connie. Their products were deemed similar to that of the cosmetic giant, from the packaging and it was said that they would deceive consumers.

Beiersdorf threatened to take legal actions against Connie’s company and ordered them to remove their products and pay for legal fees. After an ongoing legal battle between the two company’s Judge, Denise Fisher of the Johannesburg High Court ruled in favor of Beiersdorf in 2018.

“Given the similarities between the appellant’s and respondent’s products, the inference is inescapable that the appellant’s logo is an appropriation of the Nivea Men wave-label indicia on the same kind of product, so as to connect it to a known and established brand,” reads the judgment.

It was said that Connie’s products would possibly mislead customers as they look similar which will result in customers purchasing them. Connie is a South African actress born in Botswana. The media mogul has become one of Mzansi’s most renowned producers in the SA television industry. She is behind some of the country’s most-watched shows such as The Queen, Igazi, and The River.
The actress is married to actor Shona Ferguson and they are still going strong. The two recently celebrated their 19th wedding anniversary and this milestone was celebrated by many people.

Speaking to Move Magazine about how they keep going strong she said “Shona and I have great chemistry and synergy, both personally and professionally. We understand only too well that we will not always agree on everything so we have learned the art of compromise. What is important to us is respect and knowing that we’re working towards the same goal,” said Connie.