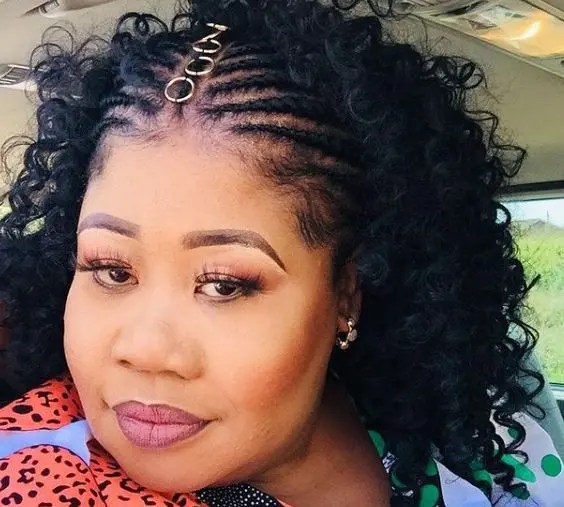 Taking to Instagram Live, Nomsa Buthelezi revealed that she had taken a hiatus from social media over the festive season due to the effect trolls had on her life.

Speaking of the viral video in which Patrick Shai challenged Cassper Nyovest to a boxing match, Nomsa said: “When I saw it, I laughed. He was not serious. He cannot fight that person. He’s old”.

She also defended his language as the actor taking over a “TV script”.

The former Our Perfect Wedding host claims she was infuriated by social media comments about Patrick Shai after the video went viral.

She said: “Patrick Shai was insulted by people who wanted to trend because they wanted likes. The coldest people with no respect. He’s gone, congratulations. He’s dead now.

“He may have been dealing with stuff in his life, but you pressed the go button. You pressed the push. That’s how cold South Africa has become.

“I know we are going through a lot, especially with lockdown. But it does not give you the right to hurt others…You don’t even have the decency of showing remorse”.

She also promised guilty social media users that “karma” was coming their way.

She added: “I hope it’s going to haunt them and their generation. If it does not come for you in this lifetime, it will come for your children in the next”.

It wasn’t just Nomsa Buthelezi who laid it on thick for social media users, Hlomla Dandala also had strong words for trolls.

In a video which went viral after Patrick Shai’s death, Hlomla can be heard saying: “I just found out about Patrick Shai. All those people who came for him for likes; I hope you’re happy now”.

He added in the comment section: “For those who wanted Patrick Shai cancelled. You wanted it. You got it. For a joke. For a f***ing joke, cancel culture killed him.

“Please note that while he was an embarrassment (deserving of cancellation and death) to you, he was a mentor and a father figure to many of us. But well done. I hope you are proud of yourselves”.