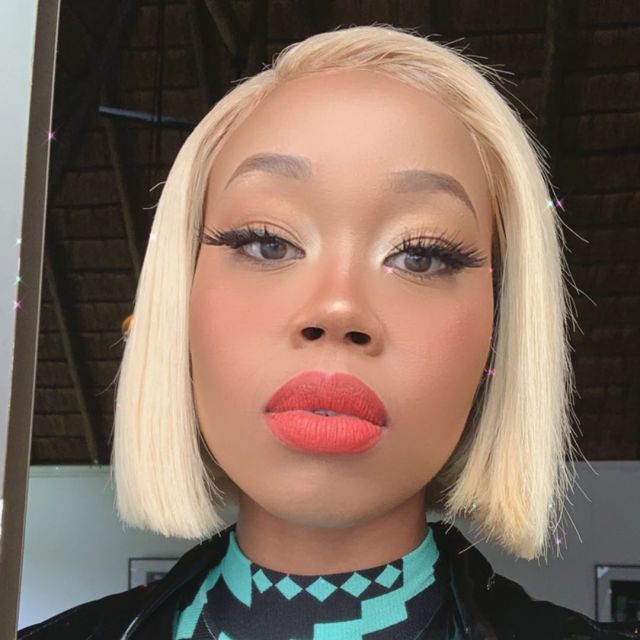 After making South Africans laugh with her hilarious skits on social media, actress and comedian Farieda “Pharoahfi” Metsileng is ready to jump into her first lead role in a series.

Farieda will lead the cast in the South African adaptation of the popular US show, “Ugly Betty”.

Titled “uBettina Wethu”, she will play the role of Bettina in the TV show.

“As much as there’s pressure of how people will see or perceive me, I don’t want to exert anymore pressure trying to live up to being a lead.

“Instead I look at it as an opportunity to diversify my art and sharpen my skill. I’m just pushing myself out of being typecast and just deliver the best quality performances every time I am on set,” said Farieda.

About her role, she says it is completely different from anything else that she’s played before.

“I’m very excited to play Bettina because she’s completely different to any character I’ve ever played and so different from me physically, in terms of her obviously very vintage look. She’s almost nothing like I am but parts of her resonate with me.”
Upon reading the script, the comedian said that she was intrigued as to how the South African adaptation of the show would unfold.

“There are many similarities in terms of the core storyline but there’s a South African flair and nuances that will surely capture the audience. I’m excited to see how the public will receive it.”

Preparing for the role was a bit of a challenge for Farieda, but one that she has enjoyed.

“Luckily for me, I had already seen ’Ugly Betty’ years prior so I took certain personality traits from American Betty but also toned myself down to bring forward her pure qualities.

“She’s sweet, a bit naive but very ambitious and determined. Her tenacity for certain situations even has me shocked.
She has a pure spirit. So taking from my own sometimes awkwardness and playing it a little more was a challenge but one I have been enjoying portraying.”

Comparing the SA adaptation to the US show, Farieda said that viewers will definitely enjoy it.

“I don’t even think they’ll make much of a comparison to the American Betty. Bettina’s life is something a lot of South Africans can relate to,” she said.

She said SA audience can expect to see something fresh and well shot, with stellar performances from new faces and seasoned actors.

“We will introduce them to a fun but educational story. It’s something family orientated and it tackles teachable moments, parting episodes and hopefully bringing awareness to certain issues.”

Right now, Farieda is aiming for the stars and hopes this new show will take her places, but said it’s up to the viewers.
“I can only aim for the stars, and it starts nowhere. Who knows what this will do for me. I’ll find out with you guys,” she said.