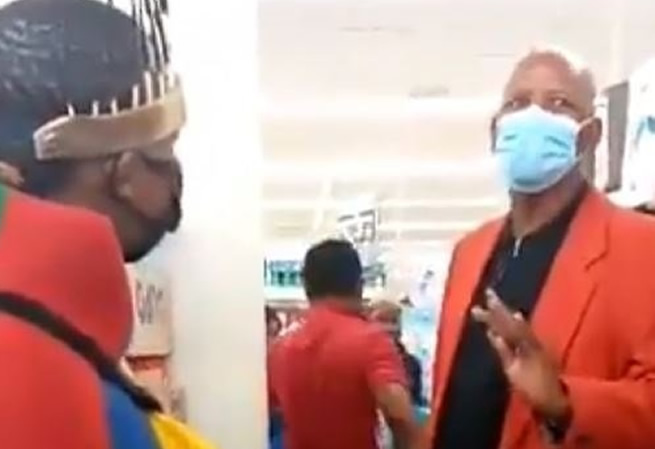 Clicks has set the record clear after a man wearing Ndebele traditional attire was told to leave the Midrand’s Boulders Shopping Centre.

The man and his entourage were told to leave the mall because their Ndebele traditional attire was not decent, according to the SeTswana speaking Centre manager.

Following yesterday’s viral incident, Clicks Midrand Boulders said they did not ask a customer dressed in Ndebele traditional wear to leave the Clicks Store.
“The Centre Manager of Boulders, accompanied by Boulders Centre Security, entered the Clicks Store and demanded that the customer leave.

“The Clicks Manager intervened and asked the Centre Manager to leave. The customer was allowed to continue shopping.

“We are extremely embarrassed by the Centre Manager’s behaviour and will be putting in a formal complaint.”

Saddest reality in Africa, I was subjected to inside the @Clicks_SA store at The Boulders Shopping Center. By the center manager, who said it was his shopping complex. I was told that I'm wearing inappropriate I must go & Omega risk solutions harassed me #NdebeleTwitter pic.twitter.com/klzmTQspJO