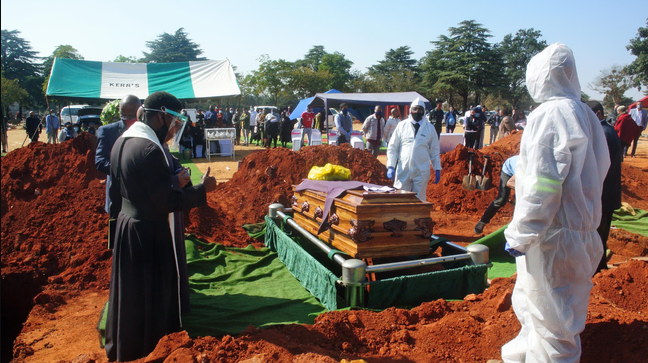 Johannesburg City Parks insists there is no shortage of burial space in the city, despite a drastic surge in deaths during the Covid-19 pandemic in the last few months.

With several provinces in the country running out of space, there were fears that Johannesburg faced similar issues.

However, City Parks says it has adequate burial space for the next four to five decades, with over a million burial plots still available.

“We aren’t concerned at this stage as we have adequate space based on the current projections, relative to the pandemic,” said City Parks spokesperson Jenny Moodley.

“There is a total of 1 024 000 available burial plots in the City of Johannesburg for the next four to five decades. These sites will only be excavated as and when required.”

Last week, one of Cape Town’s most popular municipal Muslim cemetery’s ran out of space.

It forced the City of Cape Town to allocate extra space for 837 Muslim burials at Maitland cemetery, after Klip Road cemetery in Grassy Park filled up.

Several other cemeteries around the country have also run out of space.

In Johannesburg, just four out of 37 cemeteries remain active, while the rest are dormant. 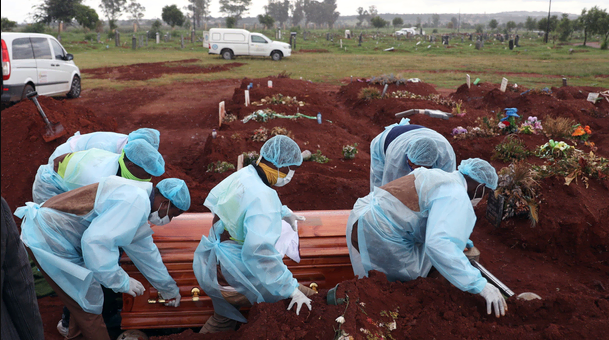 “All dormant cemeteries can also accommodate second burial requests in the same grave of a family member,” says Moodley.

“Joburg continues to appeal to residents to consider alternative burial options for the interment of their loved ones, if cremation is not an option.”

Moodley says there has also been no need by the City to activate any contingency plans as they have adequate burial space to cope with the increase.

She adds that a further dedicated area of over six hectares has been set aside at Olifantsvlei Cemetery, and will be able to accommodate 12 000 immediate requests, for Covid-related burials.

She added that no new cemeteries have been built in Johannesburg.

“No new cemeteries have been constructed recently. However, we are revisiting unused spaces in existing cemeteries that were set aside for other purposes like roadways etc. that can accommodate new burials.

“This will also help decentralise the demand and consequently alleviate traffic congestion and such of burials, in the city.” 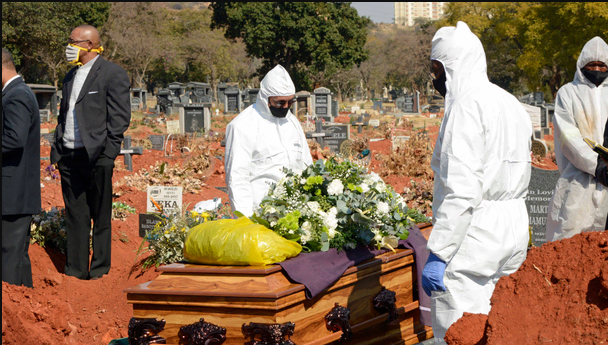 Moodley has also confirmed that cemetery tariffs in Johannesburg will not change.

“The Cemeteries Tariffs are reviewed annually by the City of Joburg, and will not change mid-stream due to an increase in demand for burial space,” said Moodley.

The busiest Cemetery in the City of Johannesburg currently is Olifantsvlei, which has accounted for 65% of all burials in the City, said Moodley.

“The number of total burials and cremations in January 2020 (for the four weeks) was 2 214. We anticipate that there will be an increase at the end of January compared to the previous year.

“This in a large part is possibly due to a demand for Covid-19 burials, however, we need to be mindful that Joburg has a large migrant workforce, that have migrated from other parts of the country, and that due to Covid and the lockdown, many families have opted for smaller funerals and a burial in the city that they work in.”

Moodley says the City is also complying strictly with regulations during the pandemic, as funerals are considered “super-spreaders” hotspots.

“City Parks continues to comply with the regulations adopted for the pandemic as part of the Disaster Management Act, Regulation 363 on the Handling of Human Remains.

“Safety protocols for our employees is also of paramount importance as funerals are generally considered as ‘super-spreader hotspots’. All funeral directors are urged to treat every burial with the same safety protocols on entry in cemeteries, as they would a Covid burial.”

Moodley adds that the City’s primary concern right now is citizens not following protocols and regulations during funerals.

“There are also high levels of littering during a funeral. Residents are urged to show their respect by leaving the site litter-free, of flowers, boxes, water bottles and tissues when they depart. This is for the safety of the mourners and cleaning staff.”

Meanwhile, member of the Mayoral Committee for Community Development, Councillor Margaret Arnolds, has assured all Joburg residents that family and loves ones will have the choice of the type of interment they prefer.

“Even in the worst of situations, the City of Joburg will strive to ensure that every resident has the option of dignity and choice of the type of interment. All families have the option to acquire a new grave or to bury their loved ones in the same grave of a family member.

“We also have the options to purchase an above-ground mausoleum or be cremated. As the current custodians of the 37 cemeteries in Joburg, I am appealing to families to be mindful of the burden of the high-costs to manage dormant cemeteries.”

“These spaces are often left unattended after a burial, even though the onus is on the family to maintain graves. Let us avoid future generations inheriting the burden of managing dormant cemeteries by considering alternative burial options in our families, ” Arnold said.