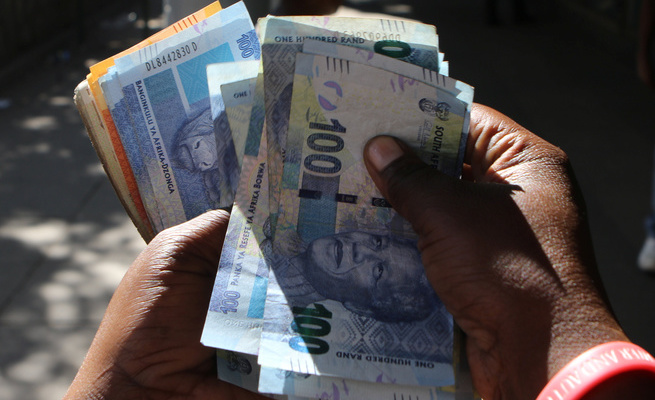 CHOMEE’S company, Divatainment, has set tongues wagging after the National Arts Council approved a payment of over R2 million to it.

According to Companies Intellectual Property Commission records, Divatainment was in the process of deregistration.

A source close to Chomee told Daily Sun that as soon as she received the money, she bought herself a brand new car.
“According to her NAC proposal, the funds were meant for a project called Online Broadcasting Development Programme. But that project never saw the light of day. Instead, she used the money for her personal use,” said the source.

Another source said they raised the issue with the Minister of Sport, Arts and Culture Nathi Mthethwa, but he could not provide answers.

The source went on to say it was strange how companies directly and indirectly linked to Arthur Mafokate received funding.

“He and his family received over R10 million from NAC. But we know he did not do this alone. Someone from the NAC helped him,” said the source.

According to NAC records, which are also in Daily Sun’s possession, the companies included Arthur’s record label, 999 Music, which was approved for over R1 million.

Roadshow Marketing, which is solely owned by Arthur, was approved for R2 million.

Lesego is also said to have received R20 000 from the arts council.

SAADA, a company where Arthur is chairman, along with his two sisters and Chomee, was approved for R1,9 million.

“All these companies were not just approved, but received the money,” the source told the People’s Paper.

When Chomee, whose real name is Thulisile Madihlaba, was contacted for comment, she said she was in class and asked to be contacted via text. She did not respond nor pick up when she was contacted later on.

Arthur’s phone rang unanswered and he did not respond to emails and text messages.

Mthethwa’s spokeswoman, Masechaba Ndlovu, said the minister was aware of the allegations and was dealing with the matter.

Daily Sun contacted NAC spokesman Dr Sipho Sithole and he did not respond to our calls or text mssages.