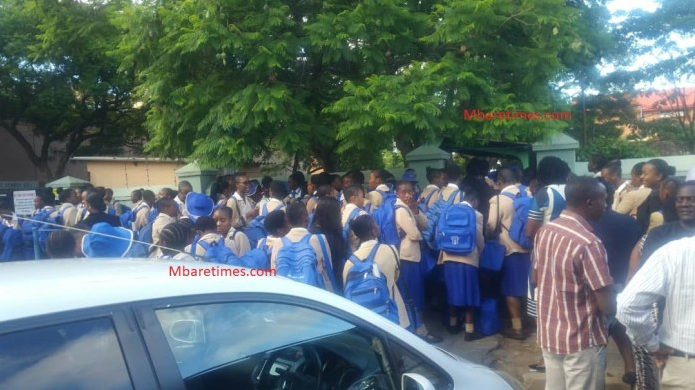 According to parents at the school, the school has not opened. Pictures from the scene show parents and students waiting outside the Catholic school as the school officials refuse to open the school gates.

One parent said, she arrived at 06:08 at the school and upto now at 07:30, the school hasn’t opened. Word is they are demanding parents pays RTGS$27000 per child, which goes against everything the President said about school fees hikes.

Another parent was nice enough to share some comments from the parents Whatsapp Group…. See them below….

According to more parents, the school never communicated the amount of the fees until today. Funny thing is they have an App that they specifically set up to update parents to things like school fees, but no one got the update except today on the opening day.

We are still trying to reach the officials from the school to get an insight as to why they locked all the kids out. We will update you when we get more information but at the moment the school is demanding parents pay their required amount.