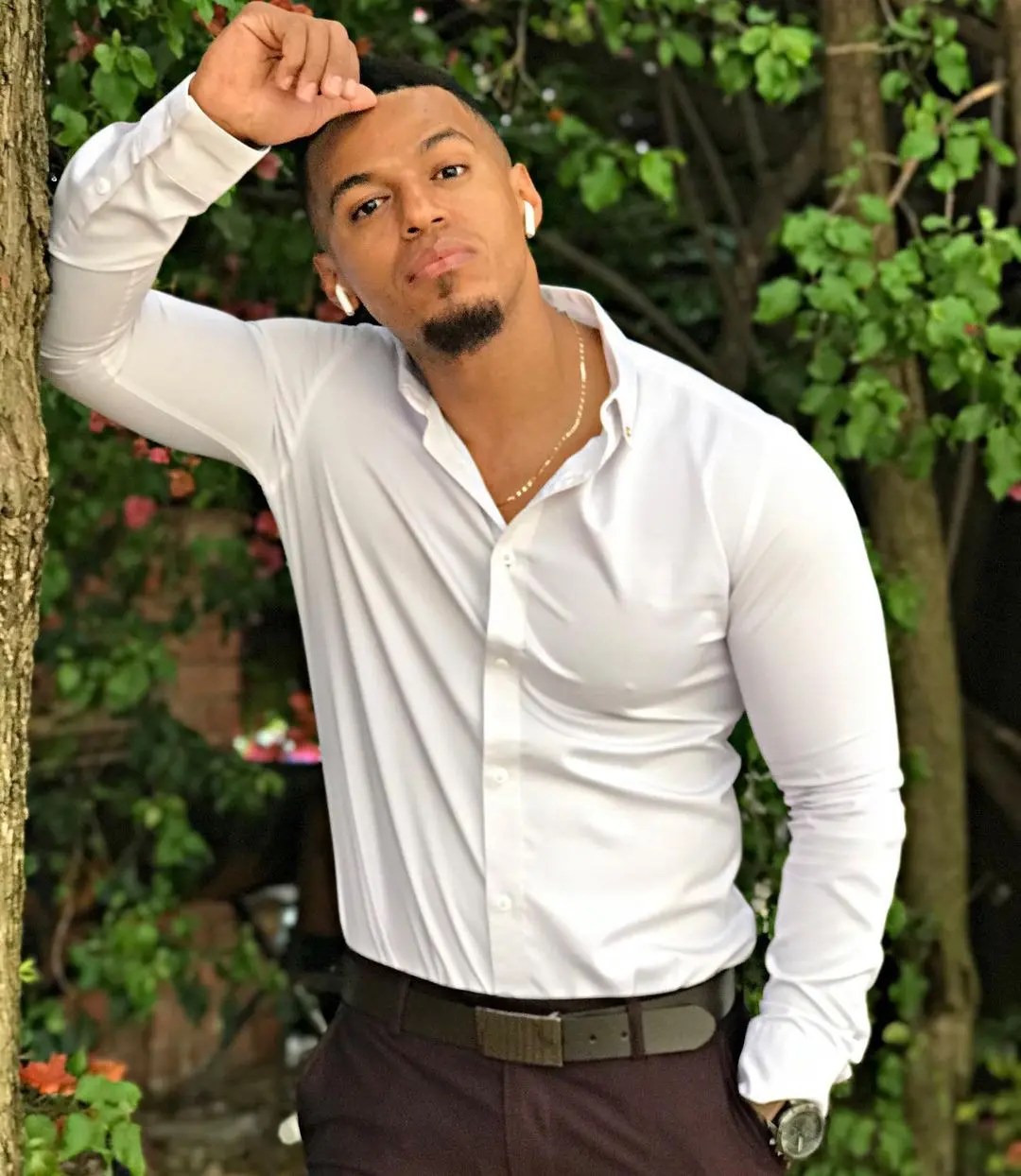 We can all agree that he has been an endless news headline-timer of late, and his charming looks and muscular body has often seen him trending for the wrong reasons of late. Cedric Fourie is a celebrated South African actor best known for his on-screen character Lehasa Maphosa on the SABC1 drama series Skeem Saam.

Of late, he has fast become one of Mzansi’s most-followed actors. However, in the wake of his newfound fame, the actor became more popular when he was rumoured to have an affair with YouTuber Lasizwe.

The 31-year-old actor was born on 17 March 1990 in Orlando, Soweto, South Africa. He grew up under the watch of his mother, who happened to be a single mother. However, he attended several schools growing up, including Greyville Primary School, Lenasia and Princess Primary School.

He then matriculated at Athlone Boys. Fortune favors the bold. The seasoned actor was lucky enough to secure a scholarship that enrolled him at the University of the Witwatersrand. He then graduated with a degree in Networking Engineering. Before his push into the acting fame, Lehasa worked at established networking organizations like Ericcson, Mobax group, and Huawei Technologies.

Well, despite not having any acting educational background, the actor has managed to win big when it comes to small screens. He made all sorts of headlines when he starred on the Harvest. A few years later, he featured on The Ring, Sokhulu and Partners. Of interest is the fact that he once starred on Generations as Willian.

No doubt his Skeem Saam cast push him into stardom, and he has been winning since then. In the wake of his villain on-screen character, the actor bagged a cameo gig on etv’s drama series Durban Gen as a Dr. However, Mzansi has been wondering how much the star actor earns from his on-screen character in the mix of things. Given that he has fast become one of Mzansi’s finest, he might cost a fortune.

In recent months he has fast become the face of the drama series. We can all agree that he is that star actor we all love to hate. Showrunners have been paying cast members depending on experience, time on scenes and role prominence. For his Lehasa character, Cedric Fourie is paid a whopping R45 000 per month because Skeem Saam is a low budget drama series.