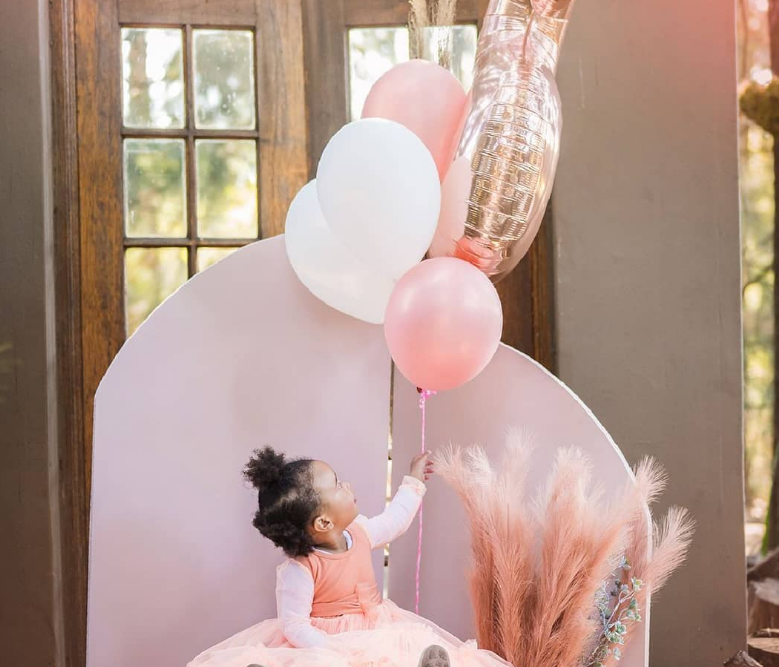 Caster took to Instagram to mark the adorable Oratile Semenya‘s second birthday. The Olympic champion and her wife Violet Raseboya are quite a private couple and only revealed that they have welcomed a baby girl after her arrival so it is refreshing to see her celebrating his child publicly.

Caster said, “Today marks her 2nd birthday. A day to be remembered forever”, It is clear Oratile is one lucky lady.

Caster, on the other hand, has not been so lucky in overturning the ruling of the Federal Supreme Court of Switzerland that she be allowed to compete without drugs that would lower her testosterone.In a video interview, Caster Semenya said, ‘I am very disappointed. I refuse to let World Athletics drug me or stop me from being who I am. Excluding female athletes or endangering our health solely because of our natural abilities puts World Athletics on the wrong side of history. I will continue to fight for the human rights of female athletes, both on the track and off the track, until we can all run free the way we were born…I know that the IAAF’s regulations have always targeted me specifically,”

Semenya said in a statement after the issuance of the decision that for a decade, the IAAF has tried to slow her down, but this has actually made her stronger.

Caster had an interview with Elle magazine back in 2020 and she said she never wanted to be in the public eye.

She said, “I just want to be me for me. They have to see the real me. If I am going to live for other people, I am not me. I have a responsibility towards myself. I never had big dreams, I loved sports, I didn’t want to be a star, I believed in myself then, and I still do today.”

Amongst many celebrities in entertainment, sport, politics and even reality, Caster Semenya is still one of the many who have been backlashed, dissed, laughed at and is still the most misunderstood by many to this day.

In the interview with Elle, Caster also mentioned that the negative attention she tends to receive actually fuels her to be a better person in every aspect of her life.

“The noise, it motivates me. It encourages me to do well and to be a better person not only for myself but in life, how I see and how I treat people.”

An interesting fact about Caster and her wife is that when they met, her wife thought she was a man.

The 2016 Olympic gold medalist, Caster Semenya is unapologetic about the love she has for her wife, which is something we’ve come to appreciate about the lovely couple.

The Athlete opened up about her relationship in a TV interview about her life.

On August 7th Being Caster Semenya was aired on BET and the Olympic champion said that her first encounter with her wife was a “funny” meeting.

She said, “We met in a restroom in 2007. She was a runner and was being escorted by doping officials. She thought I was a boy and said ‘What is a boy doing in here?’

That comment was enough to make Caster’s blood boil and she immediately prepared for war as she started to defend herself and said, “I’m not a boy. You think I’m lost? You think I can just walk in here?” she said.

From that day on, the two always gave one another weird looks that slowly turned into looks of love. The gold medalist was the one who caught feelings first and after a few months of hiding her feelings for her, Caster finally got the confidence to open up to Violet and tell her how she felt.

We wish these two many more blissful memories.