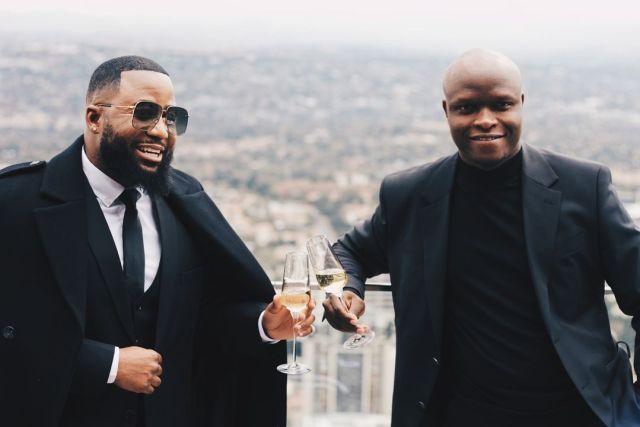 Cassper Nyovest left everyone dumbfounded when he announced his game changing Legacy Deal. Don Billiato revealed that he and Drip Footwear CEO and Founder, Lekau, signed a R100 million deal.

This amazing achievement raised a lot of eyebrows from social media users who wanted clarity on what exactly does the deal entail. Many questions were raised such as will Cassper be walking away with R100 million at the end of the deal? Another question was can Drip Footwear even afford such a hefty figure, and what exactly is their net worth. Many speculated that it is R3bn however all these questions went unanswered.

Nothing more powerful than 2 powerful Black man agreeing on working together. This one is for black excellence. Black child, it's possible!!!! #TheLegacyDeal pic.twitter.com/giALPo7a4W

Thanks to Podcast and Chill With Mac G, the team got in touch with Lekau who provided clarity on what partnership they got into exactly.

On their latest episode Mac G, Sol Phenduka and The Ghost Lady wanted to get answers on what the deal entails so they contacted Lekau via a cellphone call. First they gave their opinion on what it could mean. Sol said the deal is somewhat a projection because Cassper will be helping Drip push sales so he will be getting his cut from those sales.

Lekau says, “It’s just a product and we signed a contract worth R100 million for the products. If it’s a sneaker or a T-shirt worth R2000 we are going to make ones that are worth 100 Million. Up until that particular term ends. So that is how much it came to 100 million.

“I come from an average South African home, and I’ve told my story a lot of times. I don’t normally tell my story but I met Lekau on Twitter. I saw his shoe and then I hit him up and said I liked his shoe. I wanted to buy the shoe and then he came over to the studio. I was still working on my fourth album,” Cassper explains.

“And then he came to the studio with a couple of shoes. Immediately being a businessman, I was like man we should make a shoe. That’s how the relationship started. From there we became actual friends and started talking about business in general.”

On his achievements Cass held nothing back, “I’ve been able to achieve a lot in a short period of time with my team. I feel like we could do much more and feed more people and create more jobs together.”

Social media users were not convinced about the whole figure.

From my observation seems like they will source funding. Then using the network of stores, they will sell collabo merchandise and leveraging the others status in the entertainment industry they will partner on endorsement deals. Target margins for all thise things is R100 mill.

What is the investment or partnership structure of the deal?

How does Drip guarantee Cassper or his company the set earning?

What is Drip’s current profit margins?

Did anyone at the press conference get answers to these questions?#R100Million

Im happy for Cassper but where does Drip get 100 million

Nota calls both of them out 😳 pic.twitter.com/ay9LTScpfs