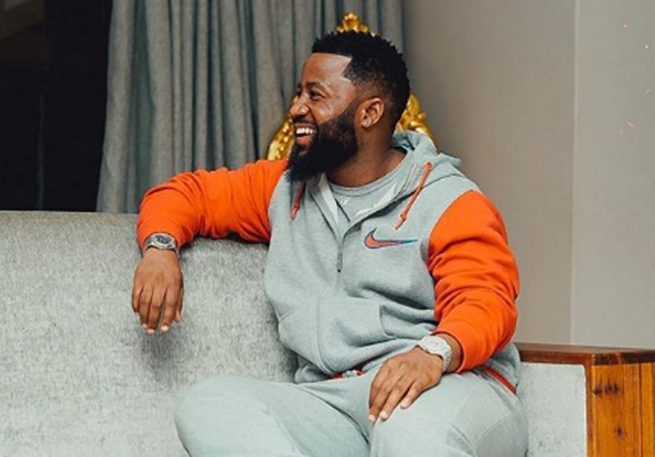 He may be making waves as resident groover in the amapiano genre but rapper Rapper Cassper Nyovest still flexes the ol’ hip-hop way.

This time he told fans that the value of the jewellery on his hand could buy one of them a VW Gold GTI and then some.

Taking to his Instagram Stories he shared moments from his Monday which he spent chilling with his friend at club Ayepyep in Cape Town, where they were enjoying the popular Mogudu (tribe) Monday.

In one of his videos, Cassper greets one of his mates on camera by extending his hand adorned with diamond-encrusted accessories (a ring and a watch). He then proceeds to ask him, “Ke ho dumedisitse ka bokae moo? (Do you know how much I’ve just greeted you with) ke GTI le eng le eng moo? (It’s a GTI and what else?).”

His friends all laugh in response before Cassper turns the camera to selfie mode and says: “Ah nna hao sa tle, ong’google! (If you don’t believe the hype, google me!)”

Watch the IG story below:

The rapper, who wants to be a billionaire in the near future, has never been one to shy away from showing off his hard-earned riches.

From his huge mansion to his expensive luxury vehicles straight to his expensive jewellery, Cassper makes sure the world knows what he has because he proudly proclaims they are rewards of his hard work.

While he often receives a backlash on social media when he flexes his wealth muscles, his fans live for the content he shares and some have dubbed him their inspiration.

Taking to his Twitter, Cassper recently made it known that as long as God keeps blessing him, he will show off his blessings, small or big.

“Lol… Y’all can talk, tweet, subtweet, hashtag all you want. The fact is I’m highly blessed and God is gonna keep blessing me right in front of your eyes.”