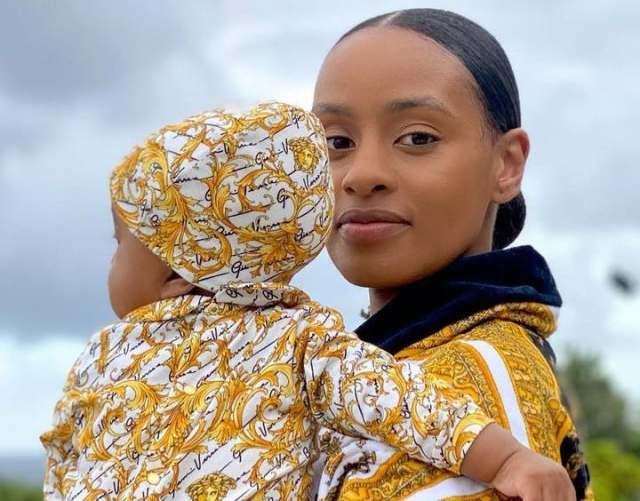 Cassper’s baby mama and partner Thobeka Majozi wasn’t lying when she described herself as ‘Your favourite RICH MOM’ In her Instagram bio. The 28-year-old just shared a snap of herself and baby Khotso slaying in Versace and when all know designer brands don’t come cheap, especially in this pandemic.

The gown Thobeka is rocking costs anything from 15k to 30k while Simba’s sleepsuit costs between 6 and 12k. “Some people were just born with style, ithina labo’ some people,” she captioned her snap. 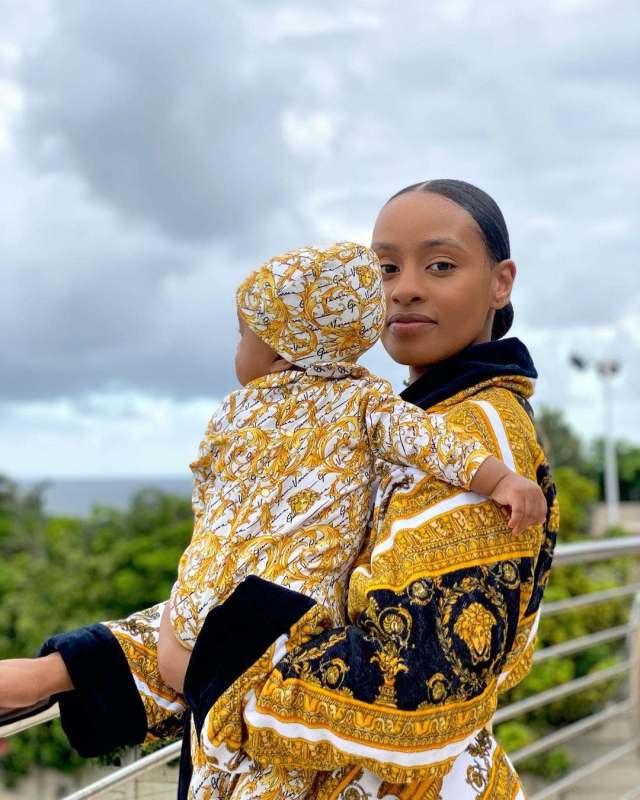 Majozi rarely posts on social media but when she does, it is felt by the masses. Not so long ago she spent some quality time with Cassper’s mother and it appears their relationship is going quite well. “My son is so blessed to have such a warm and loving grandmothers. My other mother. I appreciate you,” she said about her mother-in-law.

Thobeka was born on the 2nd of October 1992, making her two years younger than her bae Cassper. It is reported that the two started dating in 2018 and Cassper paid lobola in the same year. Some reports suggest that her mother is Nto Majozi, a wealthy Durban businesswoman.