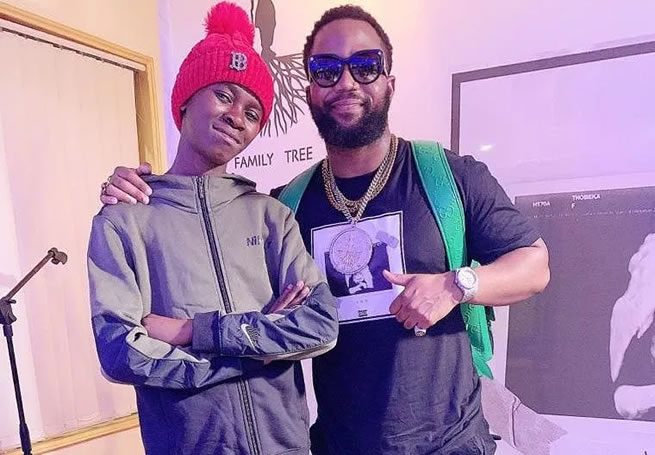 Rapper Cassper Nyovest has been left hurt and heartbreaken after a young homeless person that he had tried to rescue opted to return to the streets.

Cassper real name Refiloe Maele Phoolo, took to social media on Friday to express his sadness over the matter.

He said that he had rescued Mzwandile, a 21-year-old young male from the streets and got him into rehab so that he could kick his drug addiction.
Unfortunately, despite the best efforts of Abuti FillUp and his team, Mzwandile has decided to go back to the streets, after two months of rehabilitation.

“Saddens me to have to post that after such a massive effort by myself, my team & the incredible Yolanda ‘Toni’, Mzwandile has decided to go back to the streets. He’d been clean of all substances for just over 2 months & making good progress at a rehab centre we had found for him.”

Cassper said that despite his best wishes for Mzwandile, he is powerless to make the young man do anything because he is 21 years old.

“Truly wish I could do something else to help, but Yolanda, my team and I have tried all we could. Mzwandile is 21yrs old, we can’t fight or force him to do anything. Thank you to Yolanda for her sacrifice & continued effort to change Mzwandile’s life, thanks to everyone who responded when I asked for help to reach out the 1st time, we all did what we could but everyone travels their own journey and will change at their own willpower.”

Mufasa went on to wish the best for Mzwandile, saying that he hoped that someday, he would leave the streets.

“I wish the incredible spark that Mzwandile is a great future and hope to someday see him off the streets and happy.

“Meeting him was very dear to me and a life-changing experience as the kid lights up rooms with his energy & I know he inspired me so much. Hopefully ntwanaka o tla fola ka nako ya gage.”

Meeting him was very dear to me and a life changing experience as the kid lights up rooms with his energy & i know he inspired me so much. Hopefully ntwanaka o tla fola ka nako ya gage.