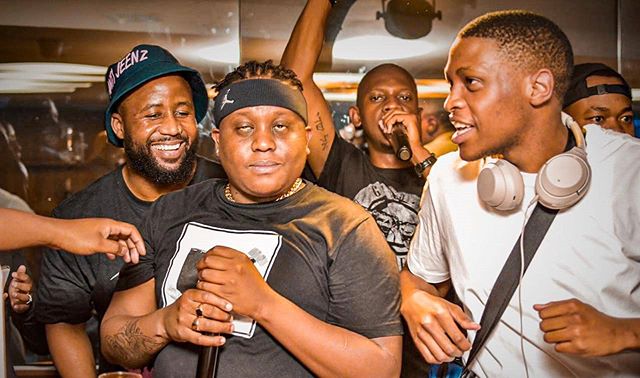 Cassper Nyovest mocks his bestfriend, Carpomore who fell while trying to punch his opponent in the boxing ring.

Since the year kicked off, while people anticipated Cassper and AKA’s “cancelled” boxing match, some celebrities like Somizi, Lerato Kganyago have taking to the boxing ring to learn the skill, just in case they find themselves in the same situation like the rapper.

Now, Carpomore has joined the league, but he is doing poor in the ring, and his friend can’t help but mock him.

Reacting to the video of Carpomore falling in the boxing ring, Mufasa said: “Hahaha told you the ring wasn’t a fun place.”

Check out the funny video below:

Hahaha told you the ring wasn't a fun place. https://t.co/CKA7gbtG4i