Cassper Nyovest hits back at those saying he’s ruining amapiano

Cassper Nyovest hits back at those saying he’s ruining amapiano 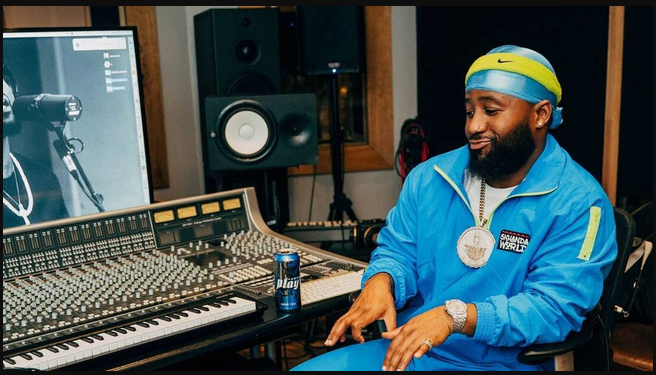 Hip hop heavyweight Cassper Nyovest has hit back at the hate he has received for his latest release “Siyathandana”.

A new kid on the block, at least where the hit genre is concerned, Cassper has taken his musical skills to new heights with the release of the amapiano track featuring Abidoza and Boohle.

The song was a smash hit from the moment it was released.

While Cassper and the new single trended on Monday because people could not get enough of it, there were those who were not feeling it.

One unimpressed Twitter user took to the TL to vent about how they felt the “Move For You” hitmaker had “ruined” the song with his involvement.

Cassper responded, schooling the tweep on the real genius behind the hit. The star reminded everyone that he wrote the song and it was his own.

“Y’all do know that’s my song, right? Like I am not featured on the song. I wrote it. The melody Boohle is singing was written by me.

“Like I made the song with Abidoza before Boohle blessed it and took it out the roof. Y’all pretending I asked to be on the song or I bought it,” wrote Cassper.

Known for making some of the biggest hip hop hits of his generation, Cassper has in the past moved into other genres.

Earlier this year Cassper took to social media to explain to his fans that making music was therapeutic for him, especially at a time when artists can’t perform live for their fans.

The “Nokuthula” hitmaker replied to a fan’s tweet, after he was asked whether he would ever do more than one project a year.

Cassper responded: “Yeah I can do that. Especially now with everything being and E.P. I’m definitely gonna put out multiple projects in a year.

“It also makes sense to me cause I dabble with a lot of sounds. Amapiano, Hip Hop, Afrobeats, Kwaito, Reggae, Jazz , Rnb , Soul etc. I touch everything.“

Some of his fans suggested he put a halt to his music because people were still enjoying his latest album “Any Minute Now”.

The rapper responded: “Me releasing new projects doesn’t delete any other projects.

“You can enjoy it anytime you want. Doesn’t mean I should limit myself. In a time when artists can’t perform, making music is therapeutic.

“Why not share the music if you want to?”

Yall do know that's my song right? Like I am not featured on the song, I wrote it. The melody that Boohle is singing was written by me. Like I made the song with Abidoza before Boohle blessed it & took it out the roof. Yall pretending I asked to be on the song or I bought it. Lol https://t.co/vQopfCJeyN