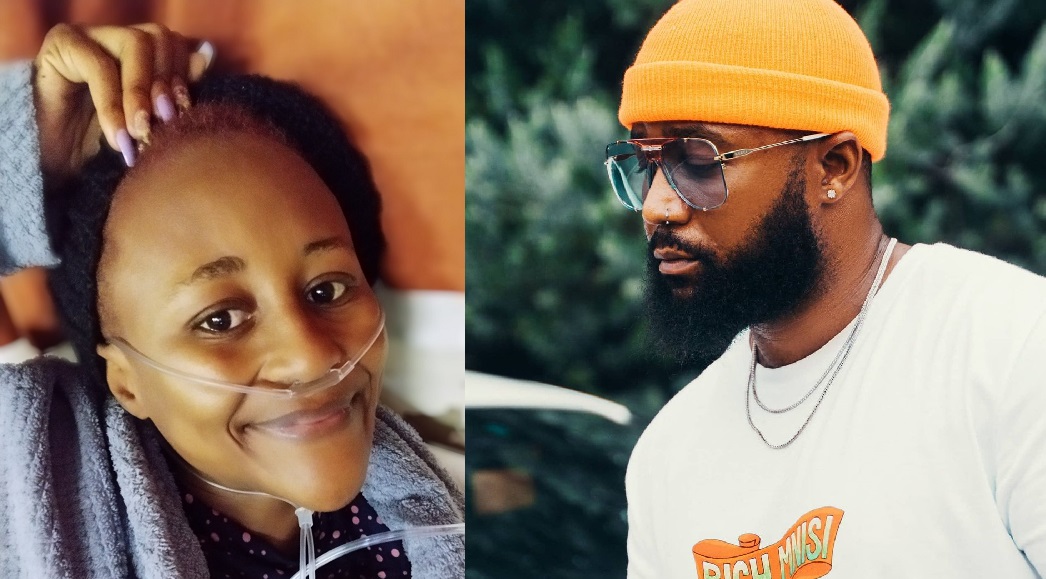 26-year-old Nompilo Dlamini is ecstatic after reaching her goal of raising R2 million for a life changing surgery in India. The young woman who hails all the way from Swaziland is in dire need of new sets of lungs, as she is living with a condition called Cystic Fibrosis (CF).

Taking to social media, Nompilo reached out to people who were willing to donate whatever amount they could afford. Touched by her story was rapper and Amapiano star Cassper Nyovest who donated a whopping R150 000. Not only that but he went out of his way to urge people to also reach deep into their pockets and donate.

And so they did! This week, Nompilo informed social media users that she has reached her goal. Nompilo has R2 million reasons to smile as she is set on travelling to India on September 26 to receive this operation.

She also thanked Cassper who played a major role, “I’m beyond excited. Cassper Nyovest, thank you so much.” Cassper also reacted to her news with a heart emoji.

Taking to his social media platforms, Cassper expressed how he was touched by Nompilo’s story. Her condition did not bring her down at all as she was always smiling and was in high spirits, despite being prepared for death by her doctors.

Nompilo’s story touched Mzansi hence the need to help. She had been denied medical assistance in South Africa as doctors told her she is not a citizen of the country.

She had lost all hope and even decided to commit suicide, “Tomorrow my psychologist is preparing me for my next life since I’m at the end stage, so now I have to live my life knowing I might die soon, since lung transplant us far fetched for now, doctors are just going to try all they can to keep me in less pain and help me transition well,” she said.

“Please do keep me in prayers as I pray for myself too, I’m struggling to fight the urge of taking all my pills and just ending it, yesterday was my first attempt and nothing happened, I’ve been fighting it since morning, I’m trying my best and I don’t want to disappoint myself,” she cried.

Cassper too was very touched nd decided to do more than just help with money. In a video on Instagram he said, “A few days ago I came across a story about a girl called Nompilo Dlamini. She is a young girl in Swaziland who is currently facing a life-threatening disease. Her story touched me because she was very positive even though she is going through so much. The disease is called Cystic Fibrosis which is a genetic disease that attacks multiple organs including her lungs, which makes it hard for her to breath.

“The current difficulty is that she does not have funds to aid her situation. What makes it more difficult is that with the current situation in Swaziland with the internet shutdown she is not able to raise her voice and so I decided that I am going to raise mine.

“I have decided that I will donate R150 000 and I am trying to rally the rest of you guys to help me and try to save her life. I believe that me together with you can save her life. It does not matter how much you donate it will definitely help her.”