CASSPER NYOVEST AND REASON AT WAR

CASSPER NYOVEST AND REASON AT WAR 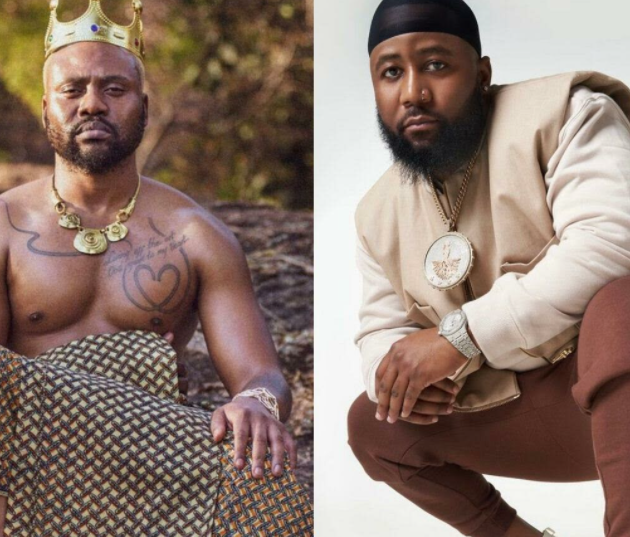 In case you missed it, the “Top Seven” rapper recently announced that he was making a shift in his career going from hip hop to amapiano.

Going under his new stage name Sizwe Alakine, he is set to release his first amapiano single, “Khanda Shisa”, produced by none other than DJ Maphorisa on Friday.
The “Move For ME” rapper got into a discussion with Twitter users about rappers jumping on the amapiano wave after him, since many people, including Reason, were very critical about him being one of the first rappers to move away from only making hip hop music.

He said: “The truth is I am the pulse. I am soo connected 2 da culture that I can’t set a foot wrong.

“They always criticise in the beginning but they always follow. It don’t matter no more doe, it’s adapt or die” (sic).

Furthermore, he responded to second user and posted: ”Like dawg Rolling on the floor laughing … This should show you that it’s all admiration at the end of the day. Haters are actually your biggest fans, they just wish it wasn’t you (sic).”

Reason didn’t appreciate this discussion and respond to this and said: “What utter nonsense is this

“Please man! This thing of saying things about people to get reactions from them is so 2015.

What utter nonsense is this 😂

Tweeps also weighed in on the matter with many agreeing with Cassper’s sentiments.

Yoh you should've not responded my sweetheart ♥️

You are making your own Sweet and Short madala? After dissing Cassper’s move, he was just making music then.😂😂😂hopefully you succeed in this though because aikhona😂

😅😂😂 but I remember how y’all used to criticise cassper for doing amapiano.
You can say whatever but you lack consistency
Awuna backbone brother