Cassper Nyovest And Big Xhosa Set For A Boxing Match

Cassper Nyovest And Big Xhosa Set For A Boxing Match 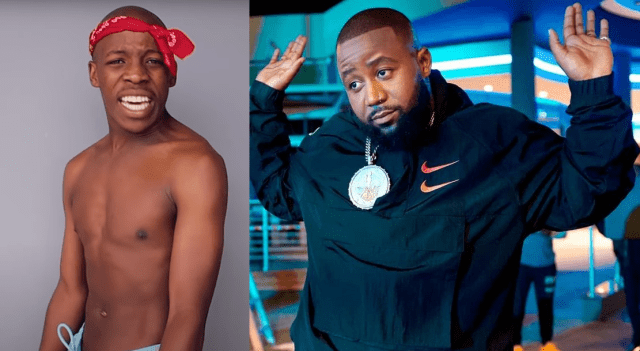 From what we’ve learnt in the past, so much can happen on Twitter overnight. Rapper, Cassper Nyovest has been trending all morning after tweeting about boosting celebrity boxing in the continent. The rapper asked his followers who would make a good boxing match and a few popular names came up.

Celebrity boxing is sooo big in the states, I think we could make decent money in Africa with it too. It could also boost boxing on the continent. Who do you think would make a great boxing fight?

Anyway, #CelebrityBoxing could be such a Big thing in SA too. We just need the right Match Ups and we could entertain people in a new manner. Not only that , we would also give the boxing sport the boost it needs. We have some elite boxers but they are getting paid peanuts.

A tweep brought up Big Xhosa vs Emtee and Mufasa said they must not disrespect Emtee as Big Xhosa is not a celeb. Big Xhosa caught feelings and told the rapper that he’d knock him out.

“Mfanaka , nkao Roba roba I won’t even lie to you. Don’t do this, I know you want clout Mara tswada. It’s not gonna end well.” Warned Nyovest and Xhosa told him not to mention his name at all.

“Ubindiwe wena Cassper! I was chilling minding my business and you said something about me and I responded, now I’m the one that wants clout? Bruh don’t even mention me at all, go back to blocking me wena Blockist.”

Mfanaka , nkao Roba roba I won't even lie to you. Don't do this, I know you want clout Mara tswada. It's not gonna end well. #CelebrityBoxing https://t.co/w3SPep3GLw

Turns out Cassper was serious about the fight and again asked the clout rapper if he’d like to get in the ring or not.

Responding to the offer to get in the ring, Xhosa claimed that he’d knock Cassper out in the first round and Cassper asked him to set the date.

I said you're not a celebrity. You started swearing at me and saying you will knock me out. Now, let's get to the point, do you mean your words or were you just tryna get clout ? You wanna step in the ring or not ? I will make you a celebrity overnight!!! #CelebrityBoxing https://t.co/bt97znvf8c

Ayt cool, How soon you wanna do this? https://t.co/rSKBsHxaQi