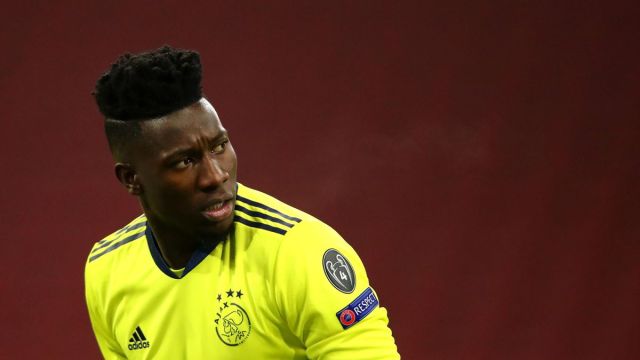 Ajax and Cameroon goalkeeper Andre Onana has been banned from football for a year for a doping violation.

The 24-year-old failed an out-of-competition drugs test in October when the banned substance furosemide was found in his urine sample.

The club and Onana will appeal to the Court of Arbitration for Sport against the suspension, imposed by Uefa.

In a statement on social media, Onana said he had mistaken his wife’s medicine for aspirin because the packaging was “almost identical” and called his ban “excessive and disproportionate”.

“Everything was the result of a human mistake,” he said.

“Everyone knows that I lead a very healthy life, and since I started my sporting career, I have always been strongly against any use of doping and I condemn any unsportsmanlike conduct.

“I have no need to resort to doping to further enhance my sporting career.”

Ajax said in a statement that Uefa had agreed Onana had not intentionally cheated but that the governing body believed “an athlete has a duty at all times to ensure that no banned substances enter the body”.

Onana, who has 18 caps for Cameroon, will miss the delayed 2021 Africa Cup of Nations. Cameroon are the host nation for the tournament, which has been rearranged for January 2022.

He had kept nine clean sheets in 20 Eredivisie matches this season.

“This is a terrible setback, for Andre himself but certainly also for us as a club. Andre is a top goalkeeper, who has proven his worth for Ajax for years and is very popular with the fans.

“We had hoped for a conditional suspension or for a suspension much shorter than these 12 months, because it was arguably not intended to strengthen his body and thus improve his performance.”