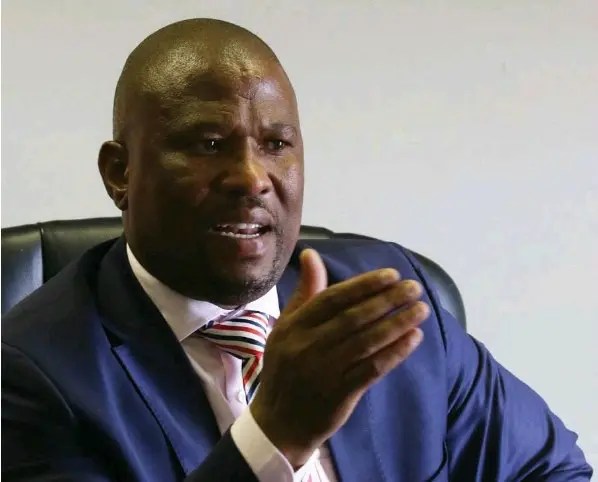 There are growing calls from opposition parties for Eastern Cape Premier Oscar Mabuyane to step down from office.

This was after the public protector on Friday made damning findings against him for irregularly benefiting from a R1.1 million tender that was meant for the memorial service of late struggle icon Winnie Madikizela-Mandela.

The Congress of the People (Cope) and the Democratic Alliance (DA) have called for Mabuyane to resign, but the premier said he had instructed his lawyers to urgently take Public Protector Busisiwe Mkhwebane’s report on legal review.

‘Mabuyane must be charged with corruption’
Cope said the findings against Mabuyane were very serious and he should resign with immediate effect, and if he fails to do so, President Cyril Ramaphosa must fire him.

The party’s national spokesperson Dennis Bloem said it would be immoral for Mabuyane to stay in office because his “reputation and integrity are highly questionable”.

“Premier Mabuyane must be charged with corruption. He will have to answer questions in a court of law and prove his innocence,” Bloem said in a statement on Saturday.

The DA called for the premier and ANC provincial treasurer Babalo Madikizela – who’s also implicated in the public protector’s report – to both step down.

“It is galling that the Premier and his executive can walk around and preach about tackling corruption, good governance and consequence management, when he himself has had his hand in the cookie jar the entire time,” said the party in a statement.

“It is not about whether the premier gave back the money he received, after the allegations initially surfaced, but whether he committed wrongdoing in taking the money in the first place.

“How can we trust this Premier to fight the cancer of corruption in our province, when the Public Protector herself has found he is corrupt?”

Public protector’s findings
In her findings, the public protector found that Mabuyane personally benefited R450, 000 that was used to renovate his house while he was the Eastern Cape’s MEC for Economic Development.

The provincial Department of Sport, Recreation, Arts, and Culture and the Mbizana Local Municipality (MLM) decided to work together in 2018 to host a memorial service for the late Madikizela-Mandela, and according to the terms of the agreement they signed, the department was responsible for providing R1.1 million which would ostensibly be used for transport.

Mkhwebane’s report details how businessman Lonwabo Bam assisted Mabuyane and Madikizela in stuffing their own pockets instead, and provided sworn affidavits detailing how this happened.

Among her recommendations, the public protector said the Hawks should investigate the matter further with a view of prosecuting the case.

She also asked the speaker of the MLM Council to take urgent steps within 60 days to ensure disciplinary action is taken against officials involved in the matter.