Zola Nombona Opens up About Her Secret Marriage

Zola Nombona Opens up About Her Secret Marriage 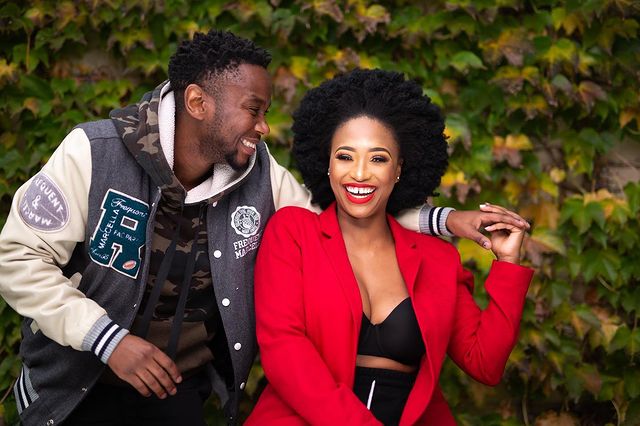 TV star Zola Nombona got candid about her personal life during her recent interview on Kaya FM The award-winning actress had a sit down with Dineo Ranaka and Sol Phenduka on ‘Kaya 959 Breakfast’ show Zola revealed that she is living her dreams and she recently got married to the love of her life, actor and TV presenter Thomas Gumede.

Zola Nombona is reportedly enjoying her married life. the actress opened up to Dineo Ranaka and Sol on the ‘Kaya 959 Breakfast’ show’ about her husband and personal growth.

She said, even though marriage has ups and downs, it has been a great experience for her and she loves her husband, adding that Thomas is an amazing partner and dad to their baby boy.

Looking back was so heartwarming and made me happy in my career, in my relationship and me growing as a mother within my family space. It’s been an amazing journey,” she said as quoted by the publication.

The actress said she has grown a lot and now, she is starting to see things like money differently. She added: “I’m starting to see my capabilities differently, my impact… I’d say for now what is sitting at the top of my mind is my Foschini collabo.” Zola announced that she was a brand new ambassador for Foschini in October last year. She penned a heartwarming post on her social media platforms saying.

Buyel'ekhaya
My dream has come full circle.
From the little girl in Matatiele with a big dream to watching it come true. I am proud to announce that I am the #Foschini brand ambassador!!
Im honored to carry the heritage of a brand that I love @FoschiniSA
✨🎉 #FoschinixZola pic.twitter.com/76UPWRyJGx

“From the little girl in Matatiele with a big dream to watching it come true. I am proud to announce that I am the #Foschini brand ambassador.
The actress wanted to make a statement about the importance of the much-celebrated day, Women’s day. By stripping down, Zola communicated that she owns and loves her body as a woman and she wanted to inspire other women to understand that they have full control of their lives. She said women should not shy away from embracing their flaws.