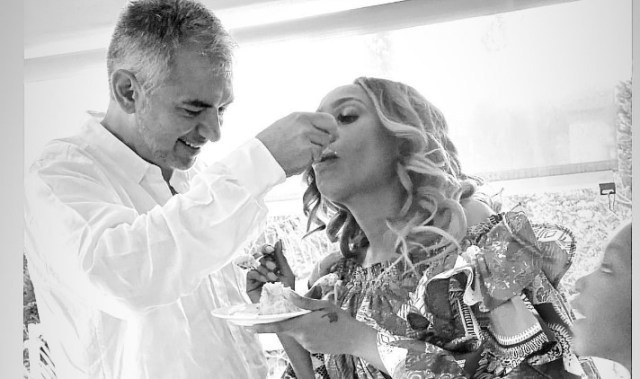 Mampho Brescia is slowly letting us into her love life. The former Isibaya actress has been in the entertainment industry for many years and for the most part, she keeps her relationship out of the spotlight.

However, this latest occasion was a little different so it had to be documented. The actress who has been married to her hubby for the past 17 years decided to mark that milestone with a big celebration. The lovebirds hosted a vow renewal which was attended by Mampho’s celeb friends such as Pasi Koetle, Andile Ncube, bestie Terry Pheto and Rosette Ncwana. 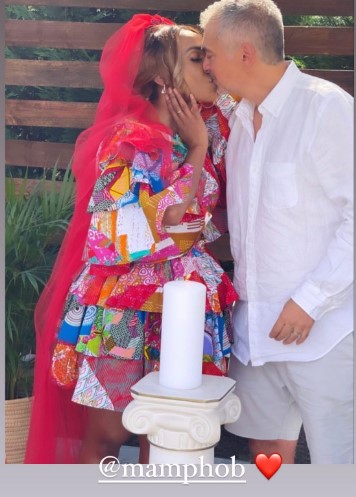 Although it may seem that strong marriages are rare amongst celebrities, Mampho Brescia found love in the arms of a businessman, and their romance spans for more than a decade. 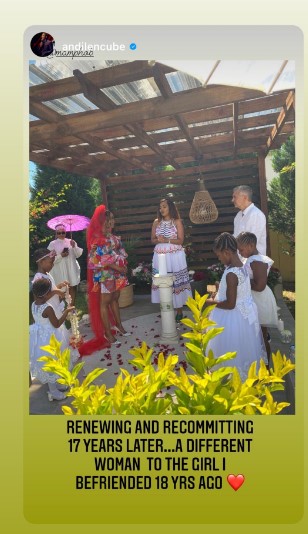 Mampho Brescia first met her husband at the gym, and because of a bad incident at the time, Mrs Bresica had thought he was another potential stalker, however, when he approached her, she said that his calm warm spirit made them connect immediately.

After going on their first date following their first introduction, the two started dating and got married a year later. Their romance has come a long way as they’ve been married for 17 years and Mrs Brecisa still can’t stop gushing over her husband. She recently took to her Instagram stories proudly declaring how lucky she was to have him.