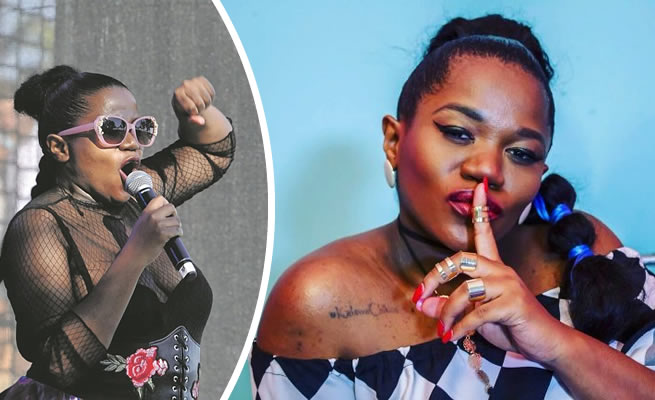 South African singer-songwriter and poet Busiswa who was beaten up for cheating on her baby daddy speaks on new reality show Gqulu reveals her apprehension to expose her private life in a new reality show called Her Majesty: Busiswa.

Speaking to Sunday World at the Milorho Lodge Hiking Trail in North West where she is shooting travel scenes for the show, the queen of dance said she does like “chaos” in her personal space.

“The thing that I am most nervous about having a reality show is letting people into my actual house because I am an energy person.

I am worried about it being very chaotic every day and very busy because the crews are there. But also, I am worried about the public opinion about my house and my space. In my line of work, people want to criticise every part of you,” she said.

Gqulu is the third local celebrity to have her reality series on BET Africa, which will air on March 20. Previous reality shows on the channel showcased the lives of Boity Thulo and Khanyi Mbau.

The hitmaker recently made history when she collaborated with Beyonce on her critically acclaimed music project Black is King.

The 13-part local reality TV series serves as a visual companion to Gqulu’s musical journey – an ode to her lasting power, a celebration of her authenticity while capturing her journey in creating a visual album.

This is not the first time the singer has revealed her life to the public. She has released a documentary called Busiswa: An Unbreakable Story, which premiered at the African International Film Festival and is now showing on Showmax.

She explained the difficultly of being vulnerable in front of the camera after years of being reluctant to share anything.

“I’ve gotten to a point where after eight years in the industry, I am pretty comfortable to share anything. I’ve accepted that my life will be in the public eye anyway and I will accept whatever comes with it.

“I live honestly, truthfully and positively and I look forward to sharing my truth more than anything else.

“Over the years I’ve been reluctant to share anything but I’ve learnt that it is important to tell my own story and when I have nothing to hide. I am prepared to go there with the public by letting them into my private and spiritual life,” she said.

Monde Twala from BET said: “BET Africa is proud to continue celebrating black excellence on the continent and we are committed to bringing African audiences content that is culture-led, bold and relevant.”