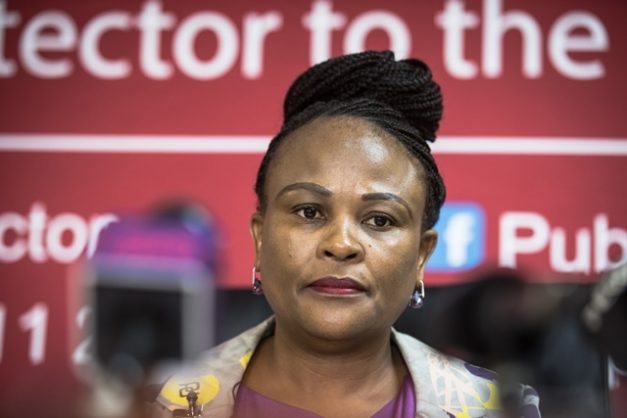 The public protector’s perjury case was previously postponed in June. The case was set to continue at the Pretoria Magistrate’s Court today.

National Director of Public Prosecutions (NDPP) Shamila Batohi was given until 29 September to decide if the National Prosecuting Authority (NPA) should go to trial with the remaining two perjury charges against Mkhwebane.

Mkhwebane was given the extension to make additional representations to Batohi. At the time, the NPA withdrew one of the three charges.

The remaining charges were in relation to Mkhwebane allegedly lying about the number of meetings she had with former president Jacob Zuma in 2018.

On Wednesday, however, the NPA asked for an additional six-week postponement to allow for Batohi to consider representations made to have the perjury charges withdrawn.

Mkhwebane appeared only briefly in court before the decision was taken to postpone the case until 2 December 2021.

‘Lying under oath’
The case relates to her investigation into the Absa/Bankorp matter in which she is accused of lying under oath about her meetings with Zuma.

Accountability Now laid a criminal complaint of perjury against Mkhwebane with the Hawks.

This followed the Constitutional Court’s (ConCourt’s) ruling in July 2019 that upheld a Pretoria high court judgment which found the Public Protector was dishonest about meetings she had with Zuma in affidavits submitted to the high court and the Pretoria Regional Court in 2017 and 2018.

During Mkhwebane’s court appearance in January, her lawyer, advocate Dali Mpofu told the court they would challenge the prosecution for perjury on the grounds that the case was “frivolous and contrived”.