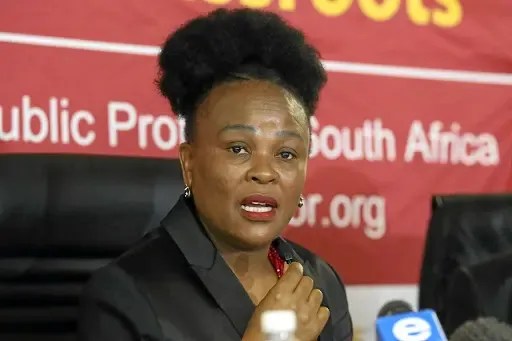 Public Protector Busisiwe Mkhwebane has waded into the Digital Vibes saga, saying that she was disappointed to hear that former Health Minister Zweli Mkhize had been accused of abusing state resources.

Mkhwebane made the comments while briefing the media on her investigations into public healthcare facilities in a number of provinces.

She said that the Digital Vibes investigation by the Special Investigating Unit (SIU) was critical because it had to do with the country’s COVID-19 response.

Mkhwebane said that her office was not asked to investigate the public abuse of funds with regards to the Digital Vibes matter.

She said that she could not initiate her own investigation based on the Executive Ethics Act without a complaint being lodged.

But she did express her disappointment at former Minister Mkhize being implicated.

“I think it’s very concerning and disappointing to hear that the former minister of health who would also be implicated in such instances of abusing state resources and not following processes and violating the Constitution.”

Mkhwebane said that the SIU keeps in touch with other law enforcement agencies and was on top of the matter.

She said that whatever evidence was obtained, it should be used to prosecute those involved.