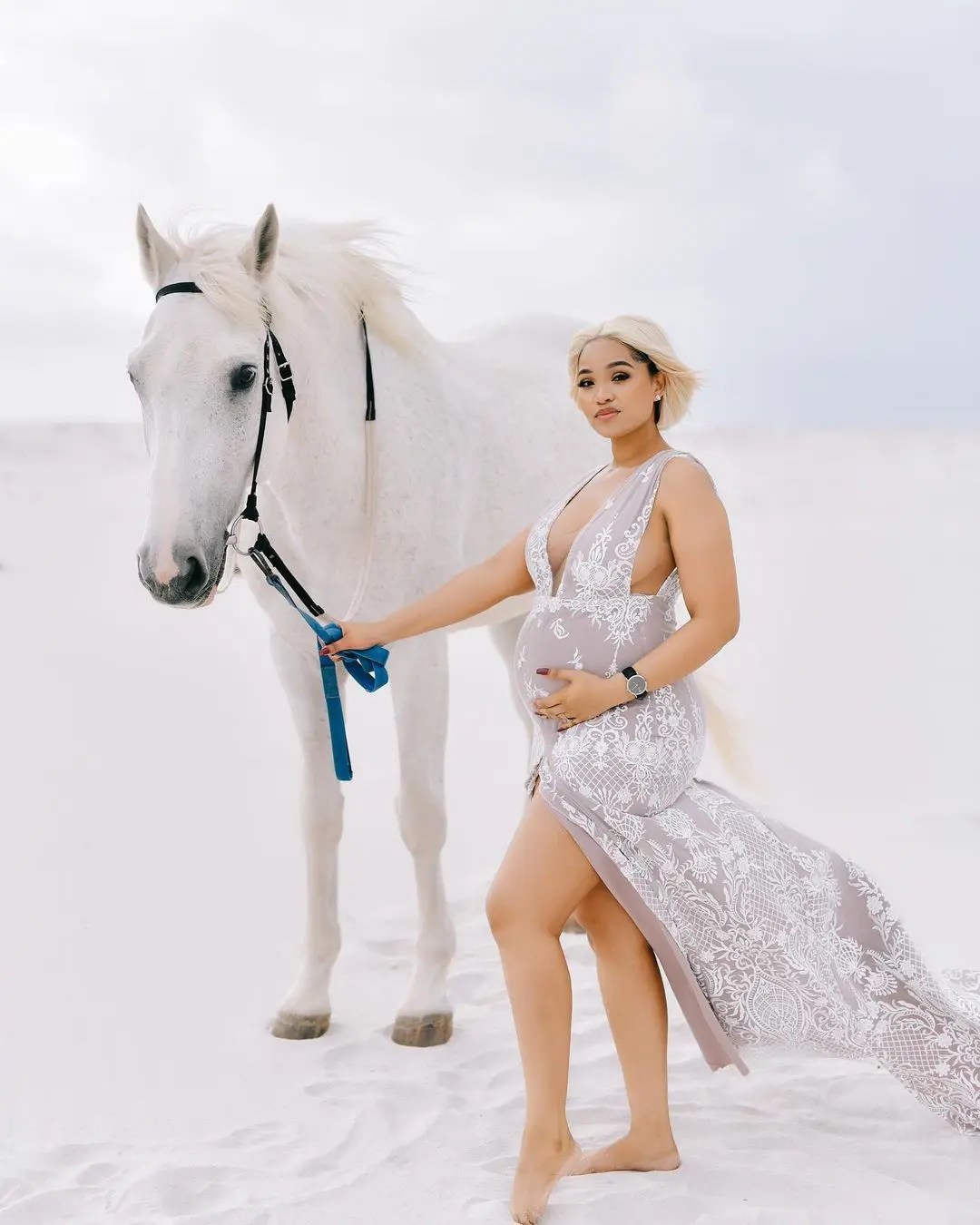 Congratulations are in order for controversial businessman Jabulani ‘Cashflow’ Ngcobo and his influencer bae Tumi Linx, who have just announced that they are expecting their first bundle of joy together.

Tumi’s pregnancy reveal is the cutest thing you will see on your timeline today. The couple did a photoshoot by the beach and they wore a matching outfit. Tumi can be seen holding a horse while her blossoming baby bump is evident. Fans took to the comment section to congratulate them.

The couple has been through ups, downs and break-ups, but they eventually found their way to each other because as the proverb goes ‘Love Conquers All.”

Cashflow recently sent a delegation of his uncles to Tumi’s home for lobolo negotiations. The couple started off by celebrating their engagement a week before in a star-studded engagement proposal. Former Generations star Connie Ferguson was one of the ZAlebs who had a front row seat as the businessman popped the question at the Four Seasons Hotel in Johannesburg surrounded by close friends, including Shauwn ‘MaMkhize’ Mkhize and reality star Ayanda Ncwane.

The surprise engagement was nothing short of romantic and tear-jerking. Cashflow hired an aircraft to fly over the hotel with a banner reading “Will you marry me?”. While on the balcony their children dropped a banner that asked Tumi the same question.

The couple then took their love a step further by involving their elders in their union to cement it all. It was definitely a joyous occasion, if pictures are anything to go by. Not to mention Cashflow’s sweet message to his partner.