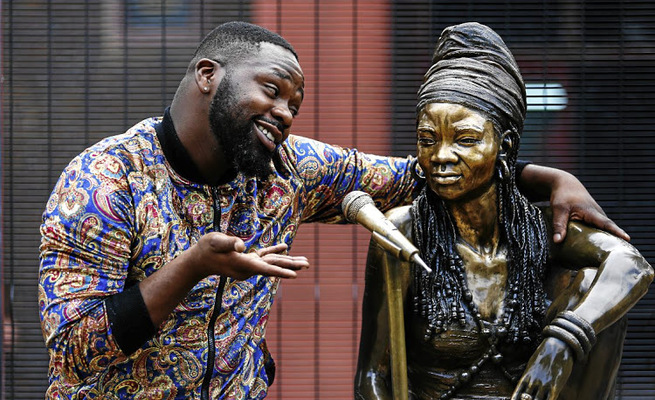 09 February 2018. Bongani Fassie a musician best known as the son of the late Brenda Fassie and was a member of the hip hop outfit Jozi, with Da L.E.S. and Ishmael. He was also a former Big Dudes band member, playing the piano, drums, guitar and congas. He produced hip hop and pop hits as a solo and a group artist, releasing his debut solo album African Boy at the age of 10.Picture: Moeletsi Mabe/Sunday Times

The son of the late legendary singer Brenda Fassie, Bongani Fassie, has scored himself a reality show.

The show called Finding Bongani will premiere on Saturday, 5 June, on Moja Love.

Detailing the reality show, Moja love said reality show will uncover deep truths on how the child star’s navigating life 17 years after his mum’s death and her mum’s millions drowning down the drain.

It will also touch on where the people who claimed they’d be there for the youngster through thick and thin following his mother’s untimely death, and the fact that he was born into stardom but raised in an empty environment.

Based on the trailer that Moja Love has released on their social media platforms, friends and family members of the late icon are set to be featured on the show and will be part of interviews detailing the hardships that Bongani had to face in his life.

In the 30-second video, media personality Kuli Roberts can be heard saying that: “We all should be grateful he’s where he is today in life and he has not killed himself.”