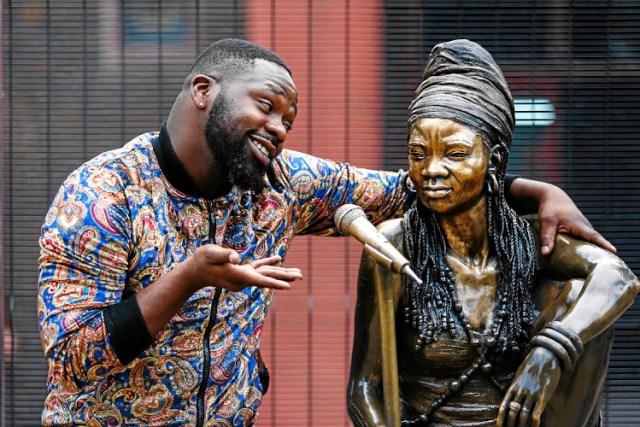 With only just one episode flighted, Bongani Fassie’s reality show has already won the hearts of Mzansi. People took to social media to applaud the child star for how open he is about his story. People are now asking for Finding Bongani to air longer.

After hearing what he has gone through since his mother Brenda Fassie died in 2004, many started feeling sorry for the former Jozi group member and said they wish he could heal from it.

“May God be with Bongani Fassie, protect him and give him strength to overcome life challenges,” Anita Cakana said.

While Sizwe Ngcobo said: “Bongani Fassie seems to have dusted himself up and taken charge of his life!!! This young man will heal and head for a brighter future.”

While Sakhile said: “Brenda Fassie has a very similar story and lifeline to that of Whitney Houston. Bongani being Bobby Kristina in this equation and Dumisani being Bobby Brown.”

He said shooting the show was hard as he had to face his demons.

“I’m talking about using and abusing, counselling and rehab. The most important thing for me is dealing with allegations and speculations around my life as well as finding the root cause of the depression and trauma I suffered over the years. It mostly came from when I was young. I had to go back and deal with the fact that when I was young, I was abused, bullied and looked down upon. I also lost my mother and family members at a young age.

“The reality show has given me the opportunity to deal with thoughts and feelings I never faced,” he said.

Bongani will use the show to set the record straight on his mum’s death.

“For the media to write that she died from drugs traumatised me. After Brenda died, people changed dramatically,” he said.

“They abandoned me, stabbed me in the back, lied, stole from me and went out of their way to paint me as a bad person. But I can’t complain. I feel I am stronger, wiser, tougher and blessed with wisdom. I am stable and confident.”