BONGANI FASSIE SPEAKS ON BEING MOLESTED BY HIS MOTHER’S LOVER

BONGANI FASSIE SPEAKS ON BEING MOLESTED BY HIS MOTHER’S LOVER 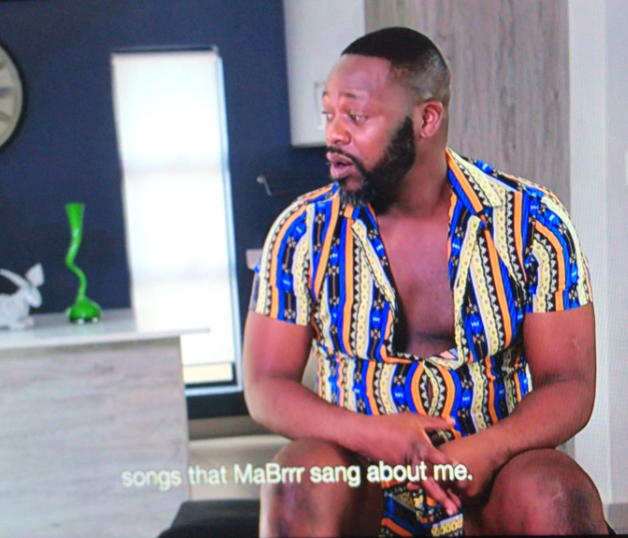 Bongani came clean in today’s episode of Finding Bongani Fassie. He said that he feels that he was molested by his mother’s lover Sindy Majola.

Because of this, he decided to go to the streets of Hillbrow to look for Sindi to confront her.

He said the first thing he noticed was that Sindi was going through some problems. Like her problems were written all over her face and body. He then took her to get some food so that they can talk.

Sindi feels that she has been disrespected and had Brenda been around, her life would be in an amazing position.

Sindi has never worked a full year ever since she moved to Yeoville from Lombardy East and as such life has been so hard on her.

Bongani went straight to business and told her straight. He said that his mother Brenda was away on a work trip to America and he went to stay with her. He had another room but Sindi asked him to come to sleep with her in her room and that is when Sindi touched Bongani inappropriately.

During this interaction, Sindi revealed that Brenda once had a miscarriage hence her song, too late for mama. According to Sindi, Brenda wanted another child so desperately that Sindi had to sleep with Bongani to make that happen for her lover.

It seems Bongani has healed and has forgiven Sindi for what happened back then.

In a surprising revelation, Buhle’s mom was raped and because of that Buhle is a result of that rape. This is still a touchy subject for everyone but we hope Buhle’s aunt including Buhle will eventually find it in their hearts to heal and forgive what was done to one of their own.

Did you also know that Buhle and Bongani have been together for close to 20 years but they have never been married? Buhle feels they should get married traditionally seeing that they already have two kids.