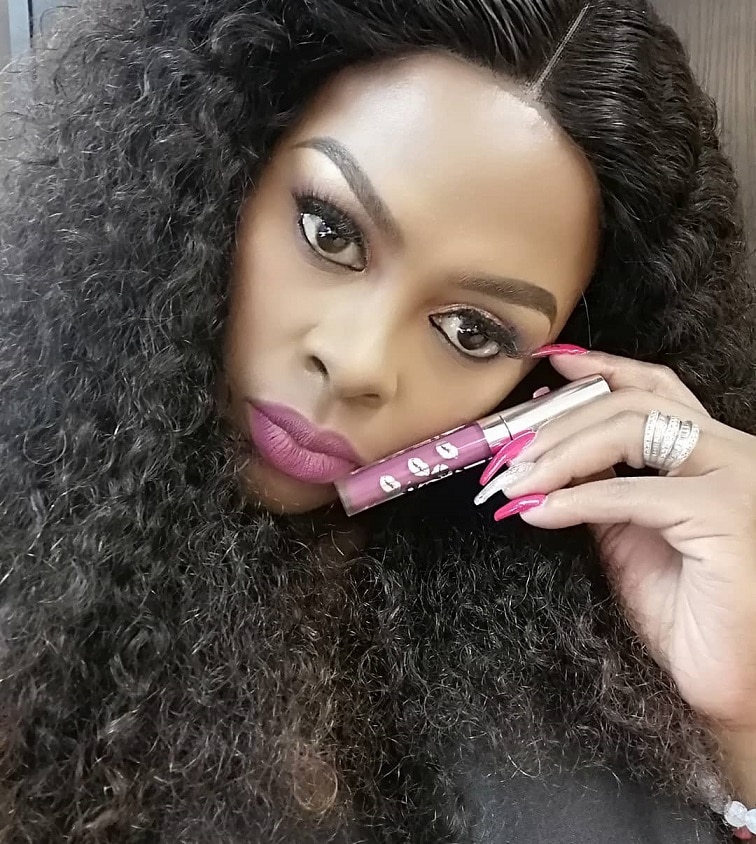 Actress and media personality Thandeka Dawn King has been missing in action on Diep City and this has left many fans worried about her well-being.

The actress disappeared on our screens after her character on Diep City went to the hospital after being poisoned by a colleague.

She soon left the hospital to be a guardian somewhere in KZN. It is not yet clear whether Thandeka will be coming back to Diep City or she has been let go.

Well, Thandeka took to Instagram today to let her fans in on what has been going in her life and this could also be the reason why she has been gone from our screens.

She said, “I hope you are all doing well, these are trying times, but we soldier on and we shall overcome. Many have wondered why I have not been on screen…This is the first clue…Stay tuned for the next clue…”

It seems Thandeka has suffered a terrible accident that has left her unable to work so she is healing at home.

She seems to have a leg injury that we are all hoping will heal soon so we can hopefully see her character on Diep City blossom.

A number of people took to her comments section to wish her a speedy recovery. These were some of the reactions:

@charlotte.monde said, “We love you sooooo much and missing you on our screen ❤️❤️❤️😍😍😍be healed”

@sijabulile_ranks said, “Can’t wait to see you on our screens, but focus on your healing journey @dawnthandeka_king 😢❤️”

Judging from the reactions, viewers definitely miss her from the screens. Things are heating up on Diep City and Lungi has been getting out of hand. MaShenge needs to come back and sort her out very soon.

MaShenge has missed Khelina and Ringo getting it on. Her reaction would have been priceless. Khelina was most definitely gonna tell her all of her shenanigans over a cup of tea whole finishing their sugar.

Lungile has lied about a lot of things and manipulated her father into doing things that she was supposed to do. MaShenge would have never allowed that. Bonga is also lonely and if she does not come back very soon, that man is gonna do find a little cute thing to keep himself busy. We hope not.