Bonang Matheba Set To Move To The US

Bonang Matheba Set To Move To The US 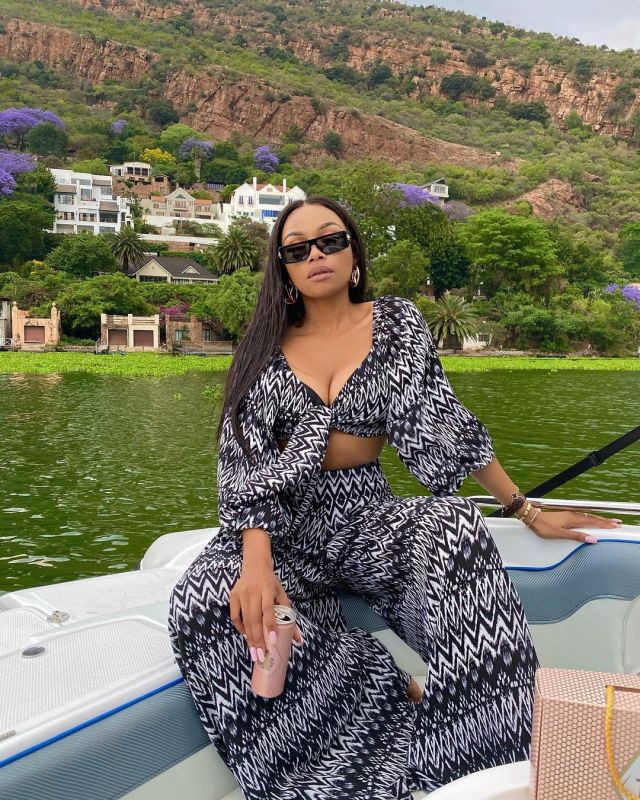 Bonang Matheba has seen it and done it all when it comes to South African entertainment and now it looks as if she has her sights set on conquering the global entertainment industry.

While she has been talking about her move to the States since the start of 2020, Covid 19 put her plans on hold. She has since been mum on the issue.

We were not sure if the move was still on the cards for Queen B or if it had been shelfed indefinitely.

Well, according to All for Women Bonang’s manager Davin Phillips confirmed it.

“He said her move is “Indeed, very much still on the cards, she has a lot of projects kicking off.”

So, yes she is well on her way to conquer the global entertainment industry.

If rumours are to be believed, she might be set to do just that as she becomes an even more integral member of the E! family.

To be fair, this latest speculation is very, well, speculative. It all began when Bonang spoke about her upcoming move to New York in an interview with local publication, IOL. The Being Bonang star revealed that she’s planning to move to the Big Apple after the 2020 Sun Met and many have wondered what plans she has for her big move.

It didn’t take long for someone to ask her if she’s joining E! News in the USA and when quizzed on the possibility she replied, “That dream is still big. Ryan Seacrest is still the template. I’ve mimicked the way he has done things as a TV presenter and also his business acumen. It’s great that I have worked for E! Africa, which was a dream come true. E! is the next step.”

It was at this point that the IOL team began to connect the dots before realising that famous E! News presenter, Giuliana Rancic will be leaving the popular stable in early 2020 – around the time that Bonang is scheduled to move abroad.

If she does land this gig, that would be the biggest South African role on American television since Trevor Noah moved to fill the position vacated by Jon Stewart on The Daily Show – and we can’t think of anybody who would deserve it more.

The star, who is on a quest to be “great” also spoke to DRUM Magazine where she revealed when exactly she plans on moving abroad when she said,

“I’m moving to the US after the Sun Met next year and the plan is to get there to put the plans in motion,”

Are you going to miss Bonang in South Africa?