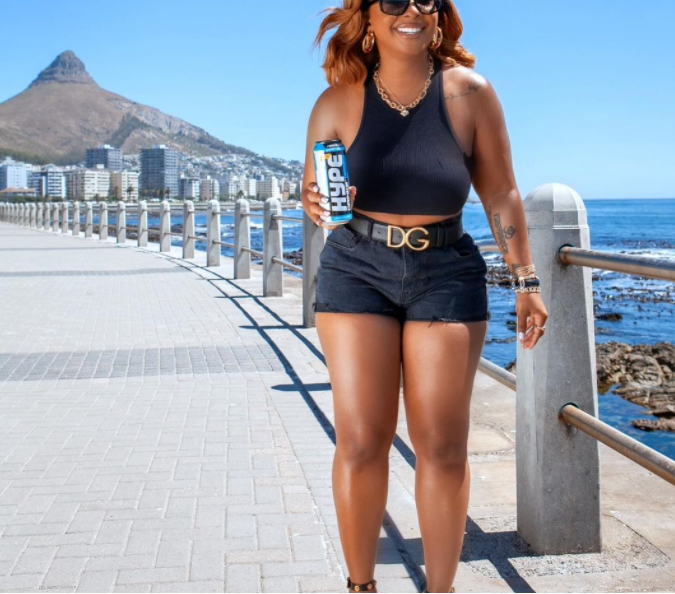 South African media personality, Boity is one entertainer who is forever working and always has something up her sleeve. Taking to Instagram Live recently, she teased her offering (a Piano record with Focalistic). The song received great feedback from everyone who was watching and her stans want her to drop it ASAP.

As great as the new music sounds, this might come as a surprise to some of her fans as she introduced herself as a Hip Hop artist when she joined the music industry over three years ago. A lot of Hip Hop fans are conservative and usually have a hard time accepting that their favourite MC has crossed over.

It should come as no surprise during the week when some fans start suggesting that Boity is selling out. From our side, we have no problem at all as we’ve always admired how calculated Boity’s entrepreneurial moves are. The Hip Hop scene has had a dry spell since the emergence of the Amapiano wave and this year was no different as the likes of Cassper Nyovest, Khuli Chana and Reason all joining the bandwagon.

Hip Hop music is forever evolving. If you’ve been following it since its inception you’d know that the sound is constantly changing, but one thing that stays the same is the lyrical content, or rather – the art of rapping. What’s different this time around is that Boity performs intriguing rap lyrics over Amapiano instrumentals, instead of her usual trap beats.

The piano sound has captivated audiences across the globe. Tik Tok is filled with videos, from both celebs and popular influences dancing over this proudly South African sound. South African rapper, Focalistic has inspired the likes of Davido and Diamond Platinumz to also make Amapiano songs. This is a great time to be a South African musician.

Also, it would be vague for one to suggest that Boity Thulo is only doing it for the money as she dabbles in many other industries outside of music. In 2020 she announced her range of hair care products with Halo Heritage.

Your hair is your crown. Whether you prefer it all shaved off, wear a weave, opt for a protective style or rock an afro, taking care of your hair with products that are packed with goodness and most importantly made for your specific hair type is something you just cannot afford to compromise on. This range of products is exactly that. Being an African Queen to me is about being proud of where you come from and embracing it in every move that you make. As a queen, you must carry your crown with pride and shouldn’t be afraid to show it off.” Said Boitumelo about the new ventured.

“When the opportunity came about, I couldn’t say no. With my previous experience co-creating body perfumes, I considered this as the sensible next step that would give consumers broader insight into what I can offer as a businesswoman. After turning 30, I wanted to work on a fragrance geared towards a more mature audience, so in many ways, this collaboration was perfect timing.”