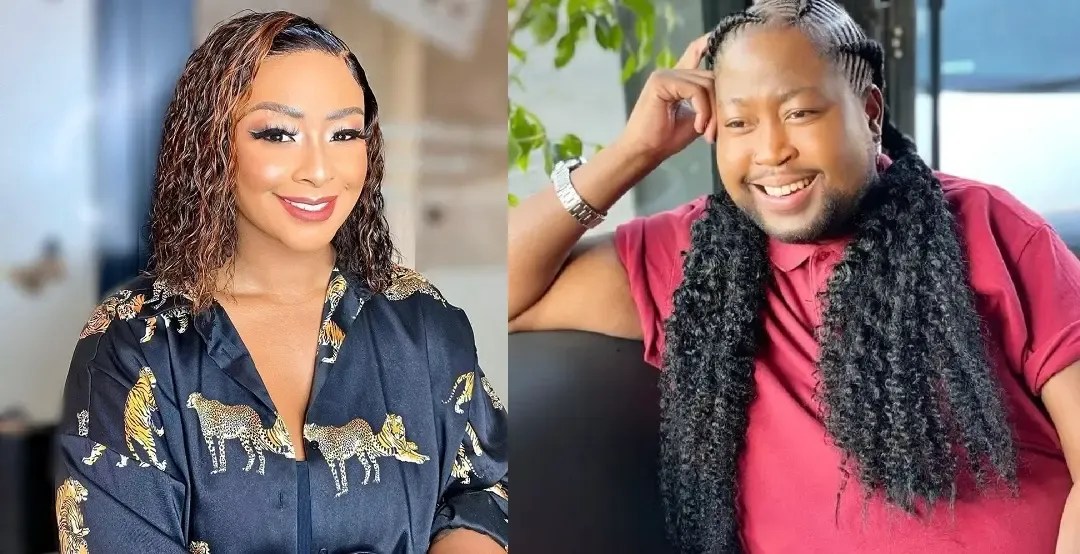 Boitumelo “Boity” Thulo has been left with a scratch on her face after she had an altercation with Radio Producer and Podcaster Bujy Bikwa.

It is reported that Boity and Bujy were at the Courtyard Hotel in Midrand last night when an argument ensued. Bujy is said to have thrown a bottle of alcohol across Boity’s face that left her with a cut. Boity was hospitalised.

Boity has opened a case of assault with intent to do grievous bodily harm at the Midrand police station. Bujy was arrested shortly afterwards and spent the night in the police cells.

Bujy and Boity have not said anything about this but tweeps are shocked and are begging Boity not to drop the charges because they aren’t vibing with what Bujy is alleged to have done to her.

The South African reality television star and musician announced in September that there is a new member of her family. The Bakae hitmaker showed off her new puppy named Nala on her Instagram stories introducing the dog as her new baby. Boity has two other Pomeranian dogs in Asante and Sana.

Speaking about babies, back in June 2021, she had her mother thinking that she was pregnant after she lied to her about being pregnant. Modiehi Thulo was so excited that she started crying and hugged the star. After finding out that her daughter was lying, she smacked her.

“I lied to my mom saying I’m pregnant and she started crying and hugging me. I felt so bad I told her I’m joking and she smacked me! At least I now know!” Tweeted Boity.

Boity was also a guest on Lasizwe’s popular YouTube show – Drink or Tell The Truth with Lasizwe. During the episode, Lasizwe asked her how she felt when her ex Cassper Nyovest revealed that he cheated on her through a song. Reluctant at first, she did admit that she felt embarrassed at the time.

Bujy Bikwa is accused of assaulting Boity at Courtyard Hotel in Midrand on Thursday evening.

Bujy allegedly threw a bottle of alcohol at Boity which cut her face during an argument and she had to be hospitalized as a result. pic.twitter.com/JKIprsBcgE

“You want to drag me back to 7 years ago, great!? It’s been so long. Obviously, I am a human being and I didn’t find out through the song, I just didn’t know that he was gonna put it in a song. I was embarrassed.” She said.

Although she knew about this before the release of the record, she said that no one wants people to know about their business. “No one wants people knowing… even though he did not mention names it’s like obviously, you could pick up that it is. Bang hurdile (they hurt me).” She added.

Boitumelo is cool with her ex’s because she was in love when she got into a relationship with them. Just because things didn’t work out, she doesn’t see the need to vilify them. “Because at that point I choose you, I loved you. I don’t wanna treat you like now you are some devil. It’s like you know, I have to also take some responsibility because I was there. At the time it hurt, but we have grown up now, we are all homies now, we are good”

When asked who was the best among all her exes, she admitted that Khaya Dlanga takes the cup.