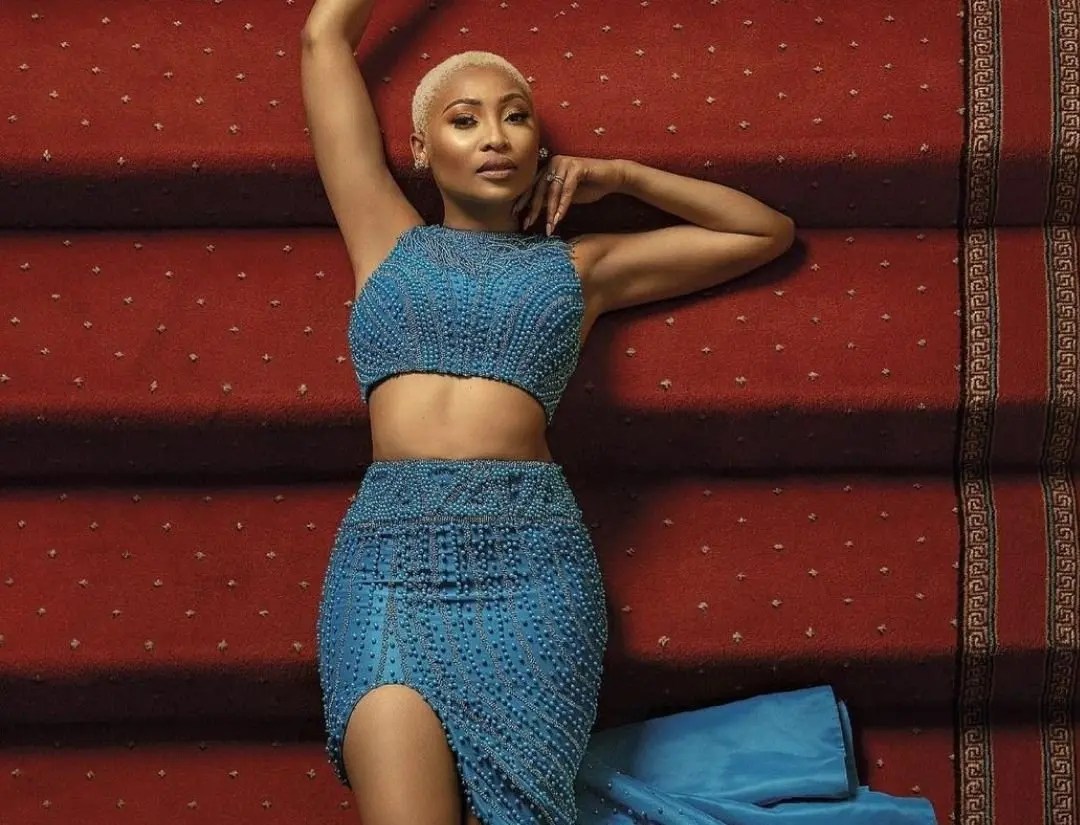 Even though Enhle Mbali has already taken to Instagram to shut down the dating rumors following the saucy and questionable picture she posted with Jarred Doyle. Tweeps have since called Enhle Mbali bragging about dating a man with two hands.

Both Enhle Mbali and Jarred Doyle are holding each other hands to the sky, Chris Excel have called this a dig and shade at DJ Black Coffee who is famously known for his work as well as only showing his one hand usually.

Is she raising his hands to brag that she’s finally dating a man 2 with hands? https://t.co/CmiApSEC2W

It is no secret that DJ Black Coffee doesn’t usually show off his both hands to the public for his own reason. However, tweeps have caught on to the shade being thrown at them by Chris Excel, who relentlessly is always taking jabs at celebrities and their partners.

Taking under Chris Excel’s comment sections, tweeps did not mince their words as they add salt to the wound while perpetuating Enhle Mbali’s cryptic shade to DJ Black Coffee.

That doesn't matter , Black Coffee has made lots and lots of money single handedly,

She's happy she won't have to wake up early in the money to open peanut butter for anyone.

Meanwhile some tweeps did not bite to Chris Excel’s dark humor as they calls him out for insensitivity as well as dehumanizing commentary.

Sometimes …the things you tweet, [they] border on dehumanization and impairment of dignity….you must be sensitive to people's conditions, especially if it is not out of their own making….iba nobuntu …to put it simple…

Enhle Mbali has already shut down the dating rumors to Jarred Doyle. Taking to Instagram, she has cleared the air while inserting that who she dates is none of anyone’s business.

“I won’t post who I’m dating if I’m dating.. has nothing to do with work.” said Enhle Mbali Mthethwa