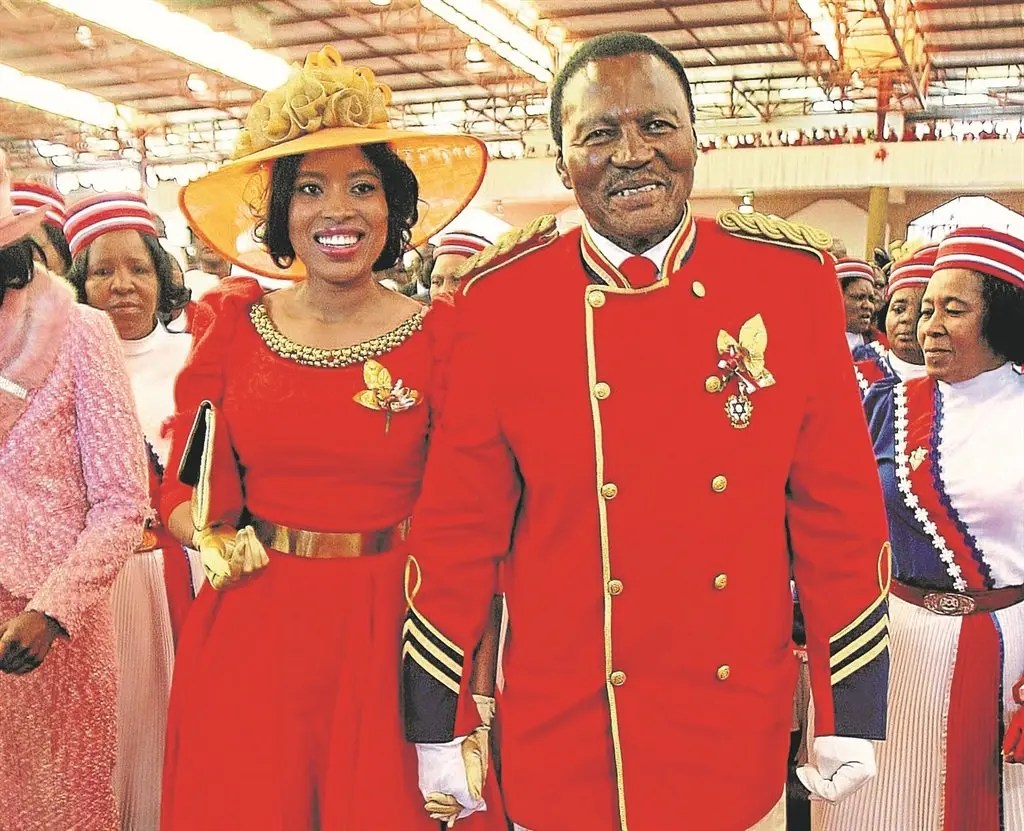 International Pentecost Holiness Church (IPHC) leader Bishop Glayton Modise spoke from the grave last week when the Johannesburg High Court rejected a claim by a woman who he had entered into a polygamous marriage with.

Modise died without a will on February 9 2016. An affidavit he signed was key evidence that resulted in the court ruling that Pearl Tefu did not make a convincing claim that she deserved spousal benefits from Modise’s estate as his widow in a polygamous marriage.

Tefu filed a court application two years ago, stating in her affidavit that she was getting no spousal benefits from Modise’s estate worth more than R150 million.

She argued in court papers that his first wife Mirriam Modise and her four children were pocketing about R11 million each in assets, including money and luxury cars.

But in a document he had prepared for a separate matter, the bishop wrote: “I do not intend getting married to and celebrating a wedding with the [applicant] on Saturday February 26 2012 … I deny that I paid an amount of R100 000 towards lobola for the [applicant].”

This was after Mirriam had, on February 16 2012, made an urgent application to interdict the planned marriage between Tefu and Modise, which had been scheduled for February 26 2012.

A court order was granted under which no marriage or celebration was to be held on said date.

But according to Tefu, on February 26 2012, she entered into a polygamous marriage with Modise, following the church’s religious rites.

The purported marriage that the applicant entered into with the deceased was invalid and bigamous.

This was because Modise was already in a civil marriage in community of property with Mirriam, which had not been annulled or dissolved by a decree of divorce.

The ground-breaking decision by Matojane has been lauded as a meaningful contribution to the development of jurisprudence on the country’s marriage laws. The long drawn-out case brought together the country’s top legal minds on opposing sides – Advocate Dumisa Ntsebeza for Tefu and Matthews Phosa, the attorney for one of the Modise children cited as a respondent.

“From now onwards, the woman trying to force a second civil marriage is acting criminally,” a jubilant Phosa told the publication.

His law firm Phosa Loots Incorporated said this was a critical contribution to the jurisprudence of the country’s marriage laws or the proper administration of justice.

Phosa referred to the excerpt in which Matojane said “the applicant’s claim is inextricably linked with her criminal or illegal act of knowingly entering into a bigamous marriage which has been prohibited by this court”.

“She now seeks the aid of the court in condoning her illegal conduct so that she can benefit from the deceased estate. No court ought to enforce an illegal contract or allow itself to be made the instrument of enforcing obligations alleged to arise out of a contract that is illegal,” the judge added.

Matojane said a civil marriage was monogamous in nature, and it was a formally recognised union of two people as partners in a relationship.

“The applicant is not entitled to inherit a child’s portion of the deceased estate. She, therefore, has no locus standi to challenge the constitutional validity of the act.”

Tefu had sought to challenge the constitutional validity of the Intestate Succession Act in so far as it excluded widows in a polygamous marriage.

She claimed that she was entitled to benefit from the bishop’s estate as a surviving spouse of a polygamous marriage contracted under the IPHC’s religious rights.

The IPHC, the second largest church in the country – after the Zion Christian Church – with about 4.5 million members, is one of a few churches that recognize polygamy.

Polygamy, Tefu argued, was a core value of the IPHC’s doctrine in that men were granted the opportunity to have more than one wife. The same right was not granted to women.

She argued that the exclusion of the widows from spousal benefits in the polygamous IPHC religious marriages violated the Constitution.

However, the court found that the IPHC marriages were not celebrated in accordance with the requirements set out in the Customary Marriages Act.

Also, her purported marriage was neither solemnized by a marriage officer appointed in terms of the Marriage Act nor was such a marriage intended as a customary marriage as contemplated by the Customary Marriages Act, the court ruled.