Billy Porter: I feel free after revealing my HIV status

Billy Porter: I feel free after revealing my HIV status 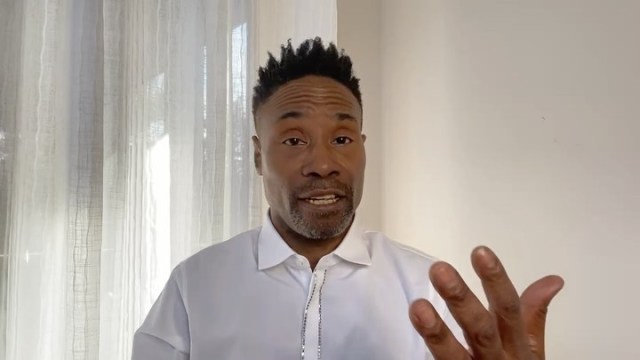 Billy Porter feels “free” after revealing his HIV diagnosis, as he says he no longer has to “live with the shame” of his health condition.

The ‘Pose’ star revealed last week he was diagnosed as HIV positive back in 2007, and has now said he feels like a weight has been lifted after keeping his condition a secret for 14 years.

Speaking during an appearance on “Jimmy Kimmel Live!”, he said: “I’ve been positive since 2007.

“And, you know, having lived through the AIDS crisis, it was heavy for me. It was a heavy year, 2007.

“I lived with the shame of it for a really long time and last week I released that shame, I released that trauma and I am a free man, honey! Free! I’ve never felt joy like this before.

And, you know, we talk about it in the Black church. You know, this joy that I have – the world didn’t give and the world can’t take it away. I got it. I got some joy now. It really feels good, it really feels great.”

Billy, 51, spoke about his diagnosis in an essay for The Hollywood Reporter, which was published on May 19.

He revealed: “I have to start in 2007. In June of that year, I was diagnosed HIV-positive.

“Having lived through the plague, my question was always, ‘Why was I spared? Why am I living?’ Well, I’m living so that I can tell the story.

“There’s a whole generation that was here, and I stand on their shoulders.

“I can be who I am in this space, at this time, because of the legacy that they left for me.

“So it’s time to put my big boy pants on and talk.

“I was the generation that was supposed to know better, and it happened anyway. It was 2007, the worst year of my life.

“I was on the precipice of obscurity for about a decade or so, but 2007 was the worst of it.

“By February, I had been diagnosed with Type 2 diabetes. By March, I signed bankruptcy papers.

“And by June, I was diagnosed HIV-positive.

“The shame of that time compounded with the shame that had already [accumulated] in my life silenced me, and I have lived with that shame in silence for 14 years.”