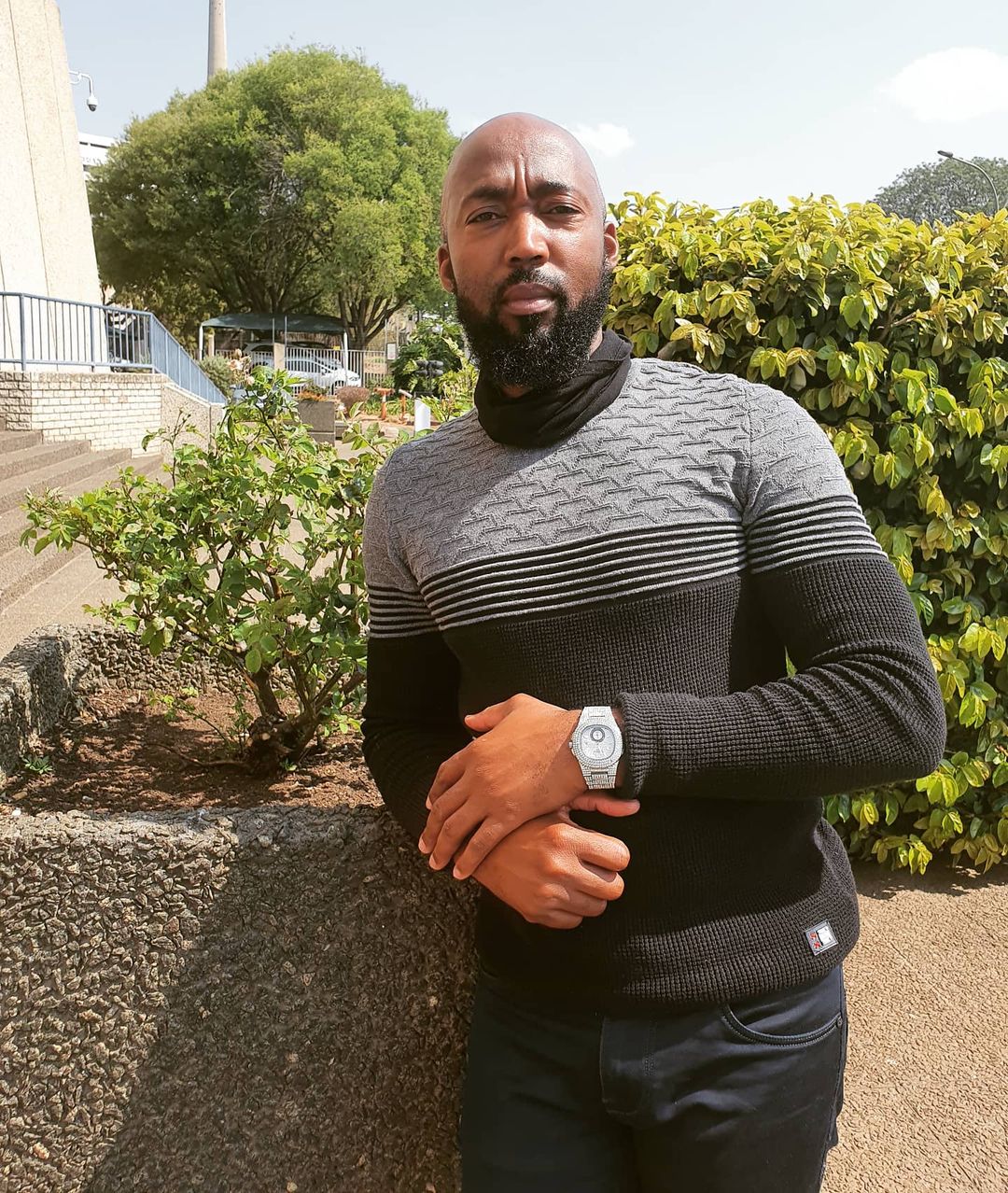 Muvhango actor Dingaan Mokebe kaKhumalo has sent a reality check to his social media followers, remind all the beautiful people who follow him that they ought to be humble and respectful because beauty fades.

Taking to his Instagram, Dingaan posted a brief video sharing a wise word with all the people who think being beautiful makes them superior to others.

“I don’t know who needs to hear this but your looks don’t make you more important than everybody else,” read his caption and the first sentence of his intro in the video.

“Just because they told you ‘you are handsome’ and just because they said ‘you are beautiful’ — and maybe you are — that doesn’t mean you are more important than everybody else. Beauty fades away. Your handsomeness is going to go away, your beautiful arse is going to fall off, so will your boobs. That beard will shed or turn grey. Sit down, drink some water and be humble,” Dingaan said.

The actor looked to drive home his point by adding it was attributes such as respect for yourself and other people and humility that make you “important” to the people around you.

He cautioned his followers against being “full of themselves”.

Earlier this year, the actor posted a young video talking about karma. The actor warned people that sometimes the greatest form of “witchcraft” was caused by leaving a trail of broken hearts.

“Today I want to tell y’all something.. As people we like rushing to the conclusion that we are being bewitched when things don’t go our way in life. Going around saying things like ‘I’ve been bewitched, that’s why my plans never materialise’, blaming witchcraft for all the wrong in your life.

“However, I’m here to tell you that you’ll be surprised to find that, sometimes, your bad karma has nothing to do with being bewitched,” Dingaan said.