#BBMzansi: Sangoma Mpho breathes fire as other housemates fear for their lives after lizard spotted in the house

#BBMzansi: Sangoma Mpho breathes fire as other housemates fear for their lives after lizard spotted in the house 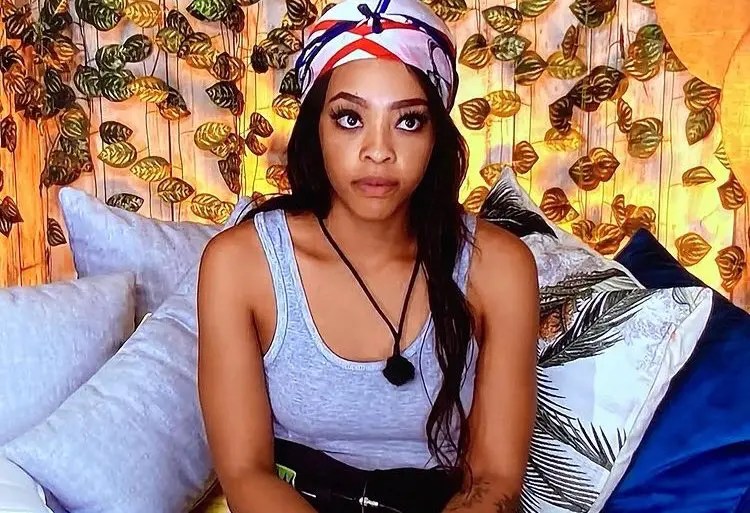 #BBMzansi housemate and resident sangoma Mphowabadimo (Mpho) said housemates should not bug her with spiritual issues. Mpho was unimpressed with how some housemates had approached her, arguing that it was disrespectful and not right.

The 27-year-old Big Brother Mzansi season three housemate is a Sangoma in real life and is not shy about following her spiritual calling. However, she does mind how people approach her and relate to her.

Mpho is not happy that some housemates have been giving her the side-eye for being a sangoma, yet now because of a lizard that appeared in one of the rooms, they want her to explain what is happening spiritually. Other housemates even claimed that Mpho is the one who called the gecko because she is a sangoma.

“Even during the week, there were comments about finding a Mamlambo there at the top. Did you hear that they don’t want to push people’s beds? They might find a mamlambo there.”

After Libo said that this was cruel, Mpho continued,

“So today all of a sudden because the gecko was on your stoop, you now feel the need to come to me. You could have come to me in the right way, but not like this. I don’t appreciate this.

“…It’s like being an optometrist, someone has an eye problem, and they are not coming to you in the right way but are just saying, give me glasses I want to see. That’s how it feels.”

Mphowabadimo really said these Housemates shouldn't run to her when them spirits trip them all the way up. #BBMzansi

Just like the housemates, fans of Big Brother Mzansi seem divided on Mpho being a Sangoma. Some have accused the 27-year-old of being fake and manipulative, and others have also claimed that Mpho should not be in the house because of her calling.

However, others have applauded her for staying true to her cultural and traditional roots by accepting her spiritual calling. They argue that this is necessary to ensure the preservation of local culture from outside influence.