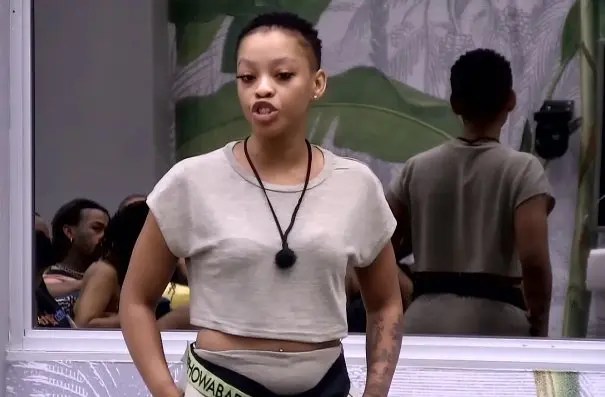 With barely a week in the Big Brother house, viewers have already identified their favourite housemate, and Mpho is one of them. So you can imagine the worry most people had when she announced her exit from the reality show, saying her calling is getting affected.

After Keamogwetse Motlhale, AKA QV, left the Big Brother house for her own mental health, Mphowabadimo thought it was okay to prank the housemates and viewers about her exit as well.

When she first announced that she was leaving, this prompted mixed reactions from viewers. Many of which applauded her for taking care of her mental health, but some slammed her and QV for leaving whereas other people would have gotten chosen. Selfish, is what some viewers labelled it seeing how more than 9000 people auditioned to be in Big Brother.

Mpho said she was pulling a stunt and was not really going to leave the house.

Here are some reactions:

Big Brother announced that QV was leaving and said they fully support her decision. In a statement, the channel said, “Big Brother Mzansi season 3 contestant QV leaves the house.

“Shirley Adonisi Director of Local Entertainment Channels hereby confirms that Keamogetswe Motlhale, one of the Big Brother Mzansi season 3 housemate known as ‘QV’, has taken the decision to leave the Big Brother house for personal reasons. QV has bid farewell to her fellow housemates and has also expressed her gratitude to the production team for the opportunity to be in the House A psychologist is working with her to ensure a smooth transition back into the outside world and guide her through her journey going forward. We wish her all the best on her journey and she has our full support.”

QV also let her fans know that they should learn from this and that their mental health comes first. Taking to her social media page, QV shared that what had become a childhood dream of hers, quickly turned into a mentally challenging competition, which forced her to choose her health.

While at the Big Brother house, she gave a speech to her housemates and thanked them for being ‘present’ and for opening themselves up fully, to experience this opportunity.

“I’m sure everyone noticed that I have been a little bit closed off…I’ve come to realise that I’m clearly struggling from something and as much as I would like to throw it behind and focus solely on knowing each and everyone of you, it’s not only affecting me mentally, I’m feeling it physically. So I will be leaving the game.

“I’m grateful for the opportunity which has always been my childhood dream and for that, I’ll never take the moments for granted. One thing you guys should take away from this is that, healing takes time,” she shared.

When the show announced their return, they crowned The River’s Lawrence Maleka as their host, “Just in time to heat up summer!! MultiChoice Group and Banijay are pleased to announce that the much-loved Big Brother Mzansi will be making its highly anticipated return to your screens soon, and it promises to be as exciting, entertaining and action-packed as ever. Big Brother Mzansi is one of 69 adaptations of the Big Brother format worldwide and this year marks 20 years since the first-ever Big Brother South Africa.”