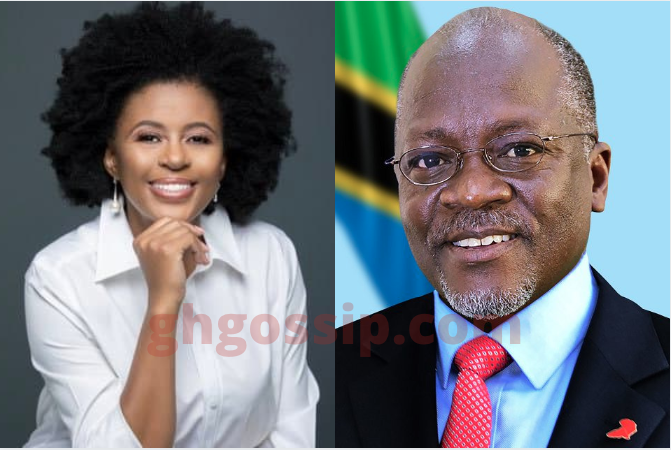 According to the publication, the photo of the SA star was used beside the late president, and revealed her name to be Sara Wanjiru who is 34-year-old.

Basetsana took to her page on instagram to penned down a note refusing the claims as she calls it fake news.

“My name is not Sara Wanjiru. I am not Kenyan. I am not 34 years old. I am not 6 months pregnant with the late President John Pombe Magufuli’s child. It’s not even a case of mistaken identity, this takes fake news to another level. It’s beyond preposterous! Bengithi nginazise Bazalwane ukuthi ngivelelwe! Jo ke mohlolo hlolo! May President Magufulu Rest In Peace!” she wrote. 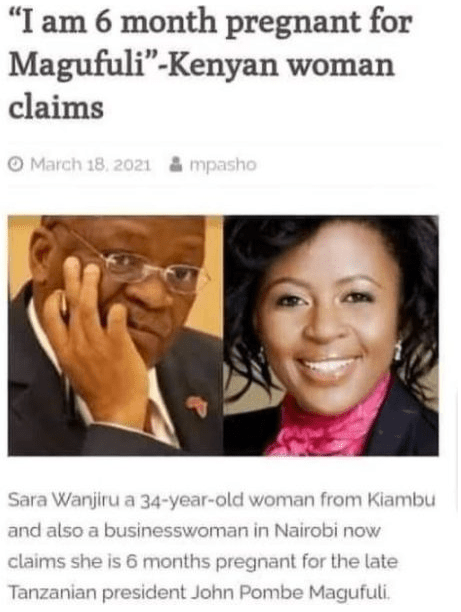